Debates over eucharistic theology are as predictable as they are unending. It’s not just that various dogmatic interpretations have congealed such that advancing theological reflection on the eucharist may seem futile; it’s not even clear where the debate should be focused in the first place. Much of the debate historically, of course, has centered on what does or does not happen to the eucharistic elements or what the meaning of “is” is. Eucharistic theology tends to begin with the bread and wine, working outward from the paten and chalice to the communicant. But does starting with such narrow focus on what happens to the bread and the wine set us on the wrong footing, potentially missing out on a richer understanding of the Lord’s Supper? Have we lost the Last Supper?

Matthew Colvin has written a book, The Lost Supper: Revisiting Passover and the Origins of the Eucharist, that engages eucharistic theology from a different angle. Rather than starting with metaphysical questions concerning the bread and wine, Colvin’s approach is to understand the historical origins of eucharist in its Passover setting, with a strong assist from extracanonical Jewish sources. The argument of the book may be summarized like this: In his actions and declarations about the bread and the wine at the Last Supper, Jesus employs language and semiotics already available in the Jewish setting of his time.

The title The Lost Supper may lead some to think Colvin intends to present some new insight that everyone has heretofore missed. But Colvin only claims to give a fresh presentation of an argument advanced by two Jewish scholars in the last century, Robert Eisler and David Daube, who argued that, in identifying himself with the bread, Jesus claimed to be the eschatological Messiah. In this view, Jesus is drawing on a tradition that had developed in the Passover observance where a piece of the unleavened bread was removed to symbolize the coming Messiah. When Jesus audaciously takes the bread and says, “This is my body,” he is saying, “I am the coming Messiah.” Thus, by taking the bread and identifying himself with it, Jesus is not making a claim about the substance of the bread, but he is making a claim about his identity.

The evidence for this interpretation is extensive and compelling. Colvin sets the historical scene for the Last Supper squarely within the celebration of the Passover. The Jewish expectations for the coming Messiah intensified at Passover along with revolutionary hopes that a new exodus from the foreign rule of Rome would ensue. It’s within the politically charged context of the Passover celebration that we must hear the eucharistic words of Jesus. But the Passover context has been screened out such that it’s absent from most eucharistic liturgies.

To “re-paschalize” the ritual setting of the Lord’s Supper, rabbinic sources give important clues. The Haggadah, the narrative liturgy that developed around the Passover celebration and whose origins may be traced back to New Testament times, came to include a mysterious prohibition: “After the Passover lamb, we do not conclude with afiqoman.” This Aramaic word comes from Greek, and Colvin, after some tedious but enlightening philological inquiry, shows it means “coming one” (48). But why would there be a prohibition on the “afiqoman”? Colvin speculates that because this bread ritual of the “coming one” could easily be co-opted by Christians who confessed Jesus as Israel’s Messiah, it was eventually prohibited from Jewish Passover liturgies.

The strongest evidence for identifying the eucharistic bread with the coming Messiah, however, is found in the biblical sources themselves. In 1 Corinthians 10, Paul identifies the people of God as bread: “For we, though many, are one bread and one body.” Then, he identifies the bread with the Messiah: “For we all partake of that one bread.” Behind this identification of the people of God with bread is the tradition of associating Israel with bread, out of which developed the ritual of identifying the coming Messiah with the bread. More intriguingly, the Lord’s Prayer may give us a fresh perspective on eschatological bread. Colvin argues the petition in the Lord’s Prayer for “daily bread” is best translated as “coming bread.” He traces the etymology for “daily” to show that it actually means “coming,” once again making a strong philological case, and further bolstering the case that the Jewish expectation for “coming bread” was very much in play in the time of the New Testament. Further, this understanding of the eschatological bread of the coming Messiah informs Jesus’ discourse in John 6 (chapter 6) and squares the eucharistic scene in Corinth (chapter 7).

The disciples, who often expressed their bewilderment at Jesus’ teachings and actions, did not do so in the Upper Room. It seems that if Jesus were making a surprising (and rather un-Jewish!) metaphysical claim about the bread or wine, the disciples would have at least raised a question. Might it be the case that they indeed understood the significance of the action Jesus was taking in his self-identification with the bread? Daube makes the following contention that Colvin comes back to on occasion: “Jesus could not at the same time have introduced both the general idea of eating a cake of unleavened bread as the Messiah and the specific identification of that cake with himself. That is just not how rituals work” (37). The point Daube is making, and that Colvin’s book relies on, is that Jesus’ actions were comprehensible to his disciples within a pre-existing ritual framework. And this is where Colvin’s book is so enlightening, if challenging to our received eucharistic theologies. Once you start to appreciate the paschal setting and Jewish expectations around the coming Messiah, focusing on what is happening to the elements seems to be a focus on the wrong thing. Importing metaphysical categories into the words of institution may very well obscure Jesus’ eucharistic intentions, causing us to miss the fully Jewish experience of the supper.

As I was reading The Lost Supper I kept thinking, “What about the wine?” Jesus also identifies the wine with his blood, as Colvin gets to later in the book. Though his main focus is on showing how Jesus identifies himself with the eschatological bread of the Messiah in the Passover context, the semiotics of the blood also assume an eschatological context. Once again, following Daube, Colvin argues that Jesus’ words over the cup pick up on Passover rituals, in which multiple cups would have been drunk. But Jesus abstains from the last cup. As Colvin explains, “His words over the bread identify himself as Israel’s Messiah; his words over the cup are a way of indicating that he will offer himself as a sacrifice, a new Passover lamb to accomplish a new Exodus; and that this will bring about the coming kingdom of God” (92). Jesus’ identification of the cup of wine with his blood points to his impending death and the kingdom that will come through it.

This is an important book on the eucharist. Though it is short, it requires a patient reading as Colvin carefully, sometimes painstakingly, examines sources to build his argument. Colvin’s credentials are also interesting to consider for such a work. Like his main scholarly interlocutor in the book, David Daube, Colvin is an outsider to New Testament studies. Yet he is a trained Classicist, and his philological training is evident throughout the work. Colvin brings a fresh perspective from outside of the guild, giving us a Jesus at the Last Supper who is rooted in the historical realities of first-century Judaism. He is pointing us to a sacramentology that is more Jewish than Greek, more festive than speculative. In approaching the Lord’s Supper as a festal meal, we really do participate in the events of Jesus’ death and resurrection—just like Israel shared sacramentally in the events of the Exodus in every celebration of the Passover. In the Supper, the past is made present in a ritual meal. But just as the eschatological element was present in the Passover, so it remains in the Eucharist as we “proclaim the Lord’s death until he comes again.”

We share the supper as a corporate meal in celebration of Christ, not as a personalized time for spiritual introspection. In Colvin’s eyes, a view of the sacraments as “containers of medicine” on the one hand is just as problematic as the view of the sacraments as “edible flashcards” on the other. Rather, Colvin’s Jewish sacramental approach focuses on the category of participation, but maybe not in the way such language is employed by other theologians. The Lord’s Supper is “a narratival ritual meal that involves the participants in the saving events which it symbolizes” (134). Those interested in parsing out eucharistic positions in realist and nominalist terms will be left unsatisfied by Colvin’s conclusions. But what we do have in this work is a participationist framework for the eucharist that would no doubt benefit from further interaction with theologians like Hans Boersma (see his Eucharistic Participation) who have sought to recover the language of participation in relationship to the eucharist, though from a different angle than we have in The Lost Supper.

Colvin may be an outsider to the guild of New Testament studies, but in an important way he’s very much an insider: he’s an Anglican priest whose life is immersed in the sacraments. Colvin sees his theology of the Lord’s Supper as compatible with the 39 Articles. He writes, “The 39 Articles lay stress upon proper use of the eucharist and obedience to Christ’s ordinance because Cranmer believed the eucharist was instituted by Jesus and worked according to that institution” (109). The Lost Supper is a challenging book that brings us to a better understanding of how that institution worked and continues to work today.

Blake Johnson is the Rector of Church of the Holy Cross in Crozet, VA. 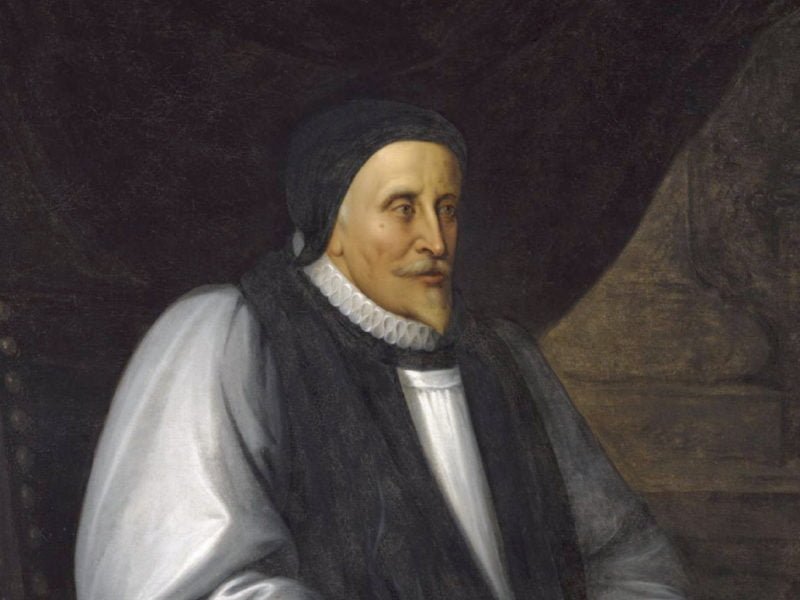 'Book Review: “The Lost Supper”' has no comments