It is more than fair to say that Christian catechesis in America has been largely ineffective for at least two generations. This is particularly true for sacramental traditions, many experiencing large rates of attrition to Evangelical traditions or no faith altogether. Thanks to the influx of work about intentional Christian living in a post-Christian world, spearheaded by works like After Virtue by Alasdair MacIntyre and The Benedict Option by Rod Dreher, the next generation of Christians have started considering the rectification of the abysmal state of orthodox formation. To be effective at this task of catechetical renewal we must inculcate a robust sacramentology in students of the faith. Many former sacramental Christians often suffer from deficient understandings of what actually occurred in their baptism, precipitating their cession to traditions where, as adults, they must be “re-baptized.” Beginning with a firm view of the sacraments creates a solid foundation to form a person in the faith.

For these reasons, I was so excited to learn about Sarah Howell’s new children’s book On the Day You Were Baptized: A Sacramental Explanation of Baptism for Children fills a gaping need in Christian children’s literature. Howell is a graduate of Bryan College who has worked educating children in a variety of contexts: a personal tutor, Latin teacher, violin instructor, and Children’s Minister in an ACNA church. The birth of her first child catalyzed her interest in children’s books which ultimately led to this volume.

My wife and I had our first child in March of 2018. Since then, I have found myself frustrated at the lack of theologically sound literature available for children. This is why On the Day You Were Baptized is important. Every page teems with deep but accessible truths. For example, Howell explains the significance of the white baptismal gown by saying, “Everyone watched as we carried you upfront wearing a long, beautiful, white gown. You wore white because, through your baptism, Jesus forgave your sins; they were all drowned.” She also concisely explains the duties of parents and godparents in relation to the baptized child: teaching, prayer, and love. She parallels trinitarian baptism with the flood, the parting of the Red Sea, and Naaman’s washing. Those are types which point to how “God used water as a way to make all the dead things new again.” At the center of the book stands a cross which hangs as a reminder that Christ died for our sins and in his resurrection defeated Satan. She adroitly explains baptism as a new birth: “On the day you were baptized, God’s grace began to work in you through the Trinity. Now, you are a child of God just like Mommy and Daddy and all your family.” At the conclusion, she reminds the baptized child that they will increase in the knowledge and love of God by remembering their baptism.

One of my (many) pet peeves about religious books for children is poor art. Too often, the rich tradition of Christian art is reduced to incredibly deficient depictions of biblical stories. Fortunately, the art in On the Day You Were Baptized matches the theological quality. The intention of the art clearly compliments the theological teaching points of the text. The first page features a prominent font. Subsequent pages are replete with images of the inside of a church with the congregation depicted, highlighting the child’s new position as a member of God’s family. Two priests flank the font with a cross hanging over it conveying important ecclesiological and sacramental truths. The priests at the wings of the font communicate the proper place and mechanism of baptism. The cross standing over the fountain ties our subjective experiences at the font to the object death of Christ per Romans 6. The symbols are beautifully presented but with a simplicity that makes them accessible for children.

I ordered this book on Amazon as soon as I came across it via a Facebook post. The second it arrived, I eagerly read it to our sixteen-month-old. He loved it. He consistently identifies the cross by pointing at it and urgently saying, “Jesus! Jesus!” He’s also very wary of the baptismal candles (“Hot! Hot!”). He may be the book’s biggest fan—the other night he asked for it in place of his bed-time go-to Goodnight Moon. For a book to displace Goodnight Moon in the literary rotation is a big deal!

What we read to our children is forming and shaping them. There is a lot of great children’s literature to help us with the task but there is a need for works specifically forming them (and us) theologically. On the Day You Were Baptized is a trendsetter in this regard. Personally, I’m looking forward to a follow up (perhaps about First Communion?). In the interim, buy this book for your kids that you might better “raise them up in the way they should go” (Prov 22:6). 'On the Day You Were Baptized: Book Review' has no comments 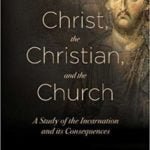