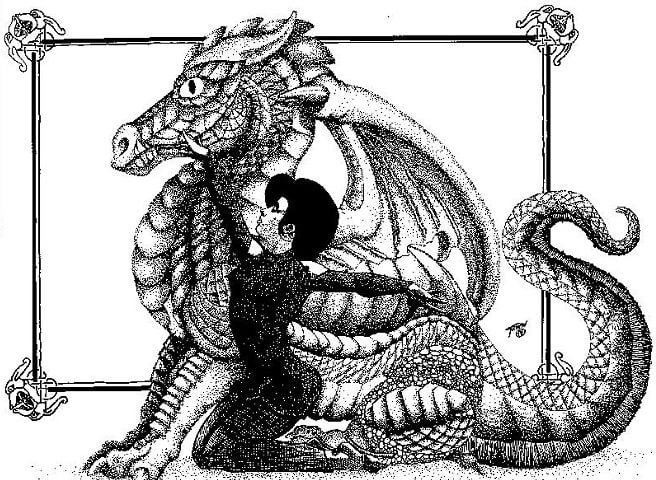 Dragon could be destroying villages
All the while human Junius lectures
He’s oblivious to the destruction.
We put God in a box with diligence
And “natures don’t do stuff” he conjectures

Emily draws the Yale educated scholar
Part human, part dragon in her depiction
Both of His natures hung there in squalor
Nestorius can’t believe that God died
Claims only human part was crucified

Hierarchy of sins isn’t helping
Compunction sends me to confession
To Him, my failures aren’t overwhelming
How could the divine die?
That is the question

Kelsey Collister is a poet and content strategist in the great state of Michigan. She studied philosophy and communications at Loyola Chicago. This spring, she completed a Brazos Fellowship at Christ Church, Waco, where she studied Christian hope in Modern and contemporary poetry.

'Dragonlike Nature of Christ in the Incarnation' has no comments