“Then saith he unto his disciples, The harvest truly is plenteous, but the labourers are few; Pray ye therefore the Lord of the harvest, that he will send forth labourers into his harvest (St. Matthew 9:37-38).”

I. Post-Christian or Pre-Christian?

The United States of America is changing. The country is rapidly moving from a post-war period of unusually high religious participation back into the normal 20-30 percent range of American devotion to our Lord and Savior which has remained fairly stable throughout her history. The post-war period, which in ways small and great formed what became the lived “church” experience for three generations (Boomer, Xer, and Millennial), has left us with a weakened, reactionary church entirely unready to face the challenges which will come as the instruments of social control (politics, media, academia) become increasingly hostile to the apostolic deposit of faith. Every religious institution shaped by the changes wrought during this period (which is every major religious group in America) will be forced to adapt or die; however, churches which have designed themselves to be handmaidens for the fallen cultures they were originally called to convert will be unable to resist the terminal order of their masters to just, “Go and die.”

This change will have three effects:

These three effects of a changing religious landscape open the door for faithful, traditional jurisdictions to find churches abandoned by failing organizations and transform them into sustainable outposts for the safeguarding and spread of Christ’s grace and love. Trinity Anglican Church in Connersville, Indiana hopes to be a model for this kind of renewal. 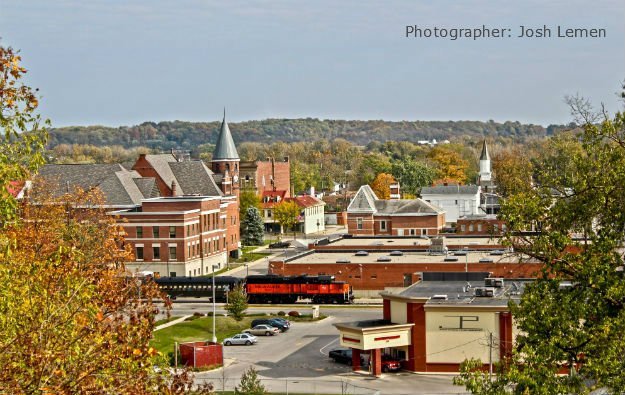 Connersville, Indiana, is a wonderful city hard hit by fiscal downturn and the opioid crisis. Like so many cities in the American heartland, a big manufacturer closed its plant and left an economic hole in the heart of the community. Most “church growth” experts would look at a place like Connersville and see too little “growth potential” to meet the enormous goals such people and their followers seek.  No one will be creating a multi-million dollar media empire in this hamlet, but Connersville’s 13,000 citizens matter just as much as those found in the exciting “markets” sought out by those looking to create a brand or make their mark. Connersville isn’t Austin or Asheville, but that’s ok. The city does have the advantage of being an hour away from Indianapolis, Cincinnati, and Dayton—which in a new post-COVID world of infrequent commuting could spur residents of these congested places to seek out housing in inexpensive Connersville, and there is some anecdotal evidence that this turn around is already underway. 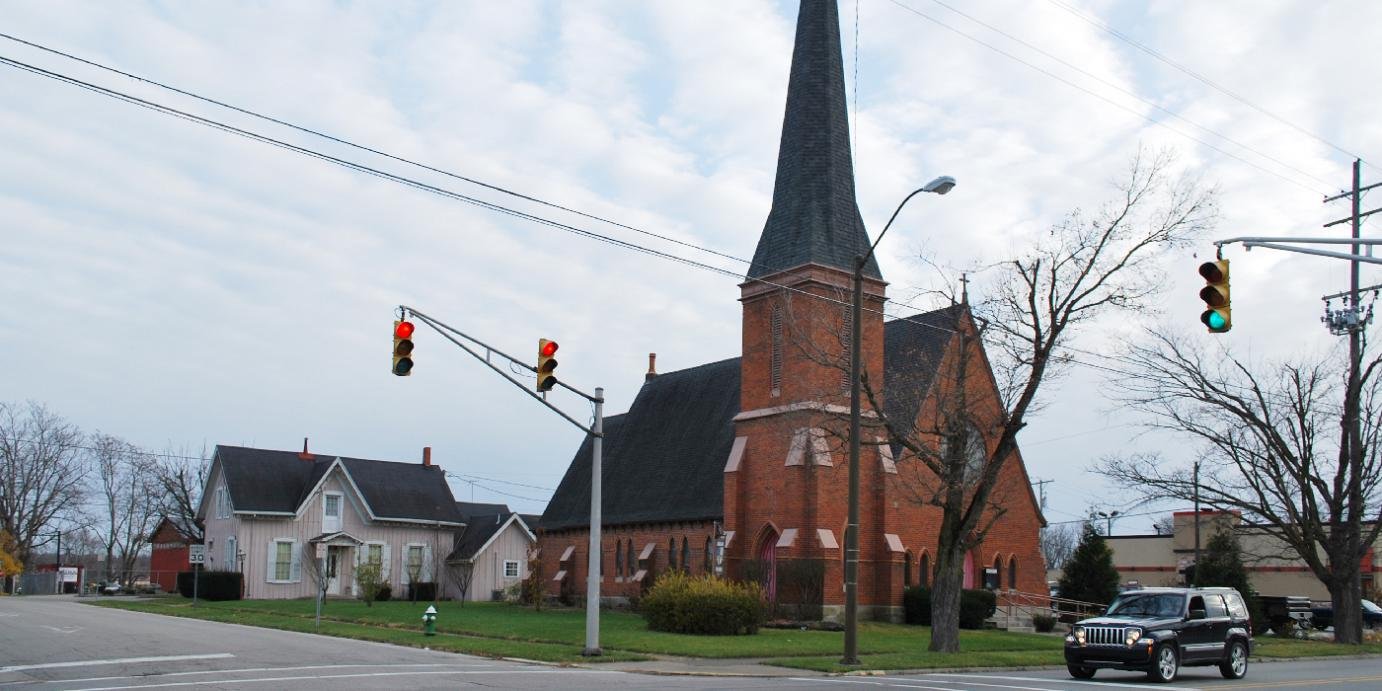 Crucially, Connersville has a beautiful parsonage and sanctuary abandoned by The Episcopal Church in 2016. The two buildings (built in the 1850s) sit in the historic downtown area, and because they feature preservation easements on them, their exteriors cannot be changed. These protections make them a low-cost investment for a missionary church plant ($40,000.00).  There are churches all over the country fitting a similar profile which can be revived with a combination of faithfulness and sacrificial love. We hope our ministry is a test case for such future projects.

Ever since we first read it, the story of the Anglican Way’s missionary fervor in the 19th century American West has always amazed us. Bishops, priests, and their families went out into an undeveloped wilderness bringing the Bible and the Book of Common Prayer to found new places to worship God in decency and order. 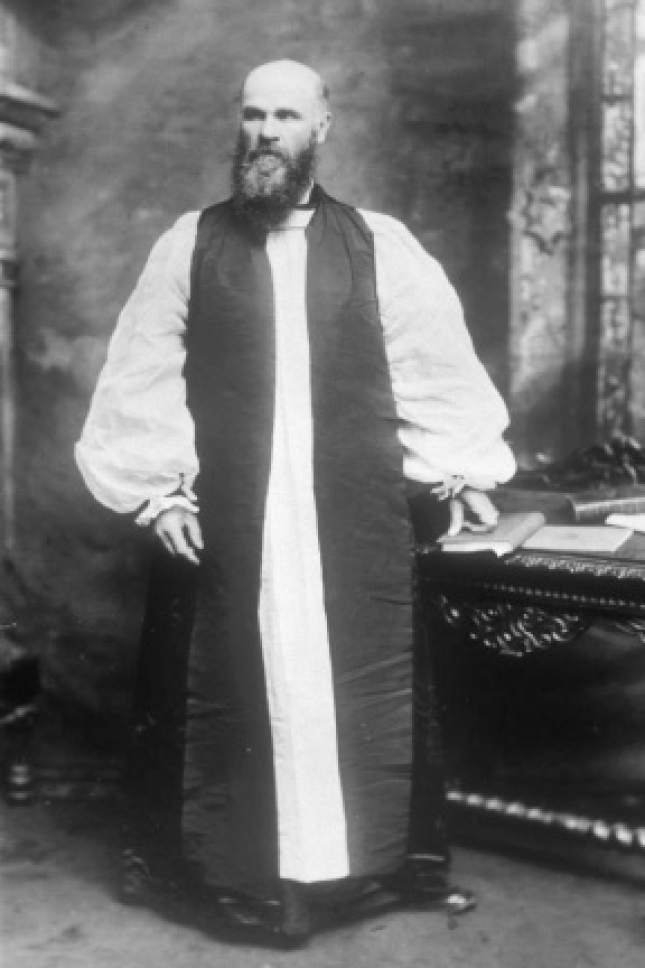 Missionary of the Mountain West”

In our own time, this legacy was betrayed by some who simply abandoned the Bible and the Book of Common Prayer, but it was also abandoned by too many who developed a bunker mentality as a coping mechanism against the real hurt inflicted upon them by their former apostate leadership. A bunker can be a life-saving tool, but there comes a time when the soldiers of Christ must leave the temporary safety of comfortable parishes to seek out the lost with the good news of Christ’s victory over death—lived out in a rule of life which makes more and more sense in the increasingly alienated and chaotic age in which we live. For some parishes, this will look like active evangelization of their neighbors through hospitality and the building of real, loving relationships. For areas in which we do not have churches, it will require missionary zeal and faith in the empirical results of the classical Anglican Way.

We strongly believe that the Anglican Way to be a Christian provides inherent advantages for the great project which lies ahead of us. We do not need elaborate ministry teams or up to date electronics or all the other means by which churches in the 21st century have sought to grab the eyeballs of distracted-to-death Americans. All an Anglican church needs is water, bread, wine, an altar, a baptismal font, Bibles and prayer books, some candles, and a priest. We can start a church without the massive overhead which haunts so many plants because we fundamentally trust in the ordinary means of grace as sufficient for the Christian life.  Word and Sacrament are not just enough for Anglicans, they are the very reason we draw breath.

Our goal in Connersville is to create nothing new, but simply to be faithful to the tradition which brought the truth of Christ to generations of faithful American Christians. We seek to build an embassy of Christ’s love by providing an ordered way of life which encourages community and solidarity in exchange for nihilism, materialism, and despair. We pray others will join us in this endeavor, either by providing fervent prayer, financial assistance, or even by moving to Connersville to find some peace and solidity in this mad, fallen world. There is work to be done and incredible challenges to be overcome, but we take solace in St. Paul’s words to the first Roman church plant: “…if Christ be for us, who can be against us?”

The Rev. R. R. Tarsitano is the vicar of Trinity Anglican Church: a mission of the Anglican Catholic Church. He is a former Navy Chief and holds a B.A. in English from the University of North Florida and an M.Div from Gordon-Conwell Theological Seminary.

Incarnation Continued: Humanity in the Presence of God

Book Review: “Metaphysics in the Reformation”

Incarnation Continued: Humanity in the Presence of God

Book Review: “Metaphysics in the Reformation”