I am writing as a pioneer in the emerging science of Biblical Anthropology, an empirical approach to the canonical Scriptures that avoids denominational interpretations. A Biblical Anthropologist studies the Scriptures to identify anthropologically significant data that clarifies the cultural contexts of ancient biblical populations, and especially the social structure of the biblical Hebrew. This interdisciplinary approach considers kinship patterns, morphological study of human fossils, DNA studies, data about the migration of ancient populations, burial practices, and sacred symbols.

Biblical Anthropology is rigorous in that no assertion can be made without data and no assumption can stand untested. Anthropological data in the Scriptures can lead to a better understanding of the origin of the Messianic Faith among Abraham’s ancestors, shine light on contextual incongruities, and uncover antecedents of beliefs and practices. Where did the idea originate that humans were created from the soil? What is the origin of Messianic expectation? Where is the oldest known site of Hebrew worship? What is the significance of the ubiquitous solar symbolism among biblical populations?

Biblical Archaeology and Biblical Anthropology are complementary disciplines. The archaeologist digs artifacts to gain a better understanding of the material culture of populations associated with the Holy Land. The Biblical Anthropologist digs data out of the Bible to better understand the cultures and social patterns of biblical populations from Africa to Europe. The skill sets of the two disciplines are different, but they share a common objective to gain greater clarity.

I see a great deal of pseudo-science and half-truths among anthropologists who disdain religion in general and Christianity in particular. Their scholarship is like a map out of which numerous holes have been cut. Is it any wonder that so few anthropologists are people of faith? In the universities they are never shown the whole map. They miss the paths that lead to verification of the core Christian beliefs and the veracity of Scripture.

Yet anthropology has much to offer to the Church and to readers of the Bible. A principle in anthropological investigation states that the older culture traits, symbols, and beliefs are those found most widely dispersed globally. Expectation of a righteous ruler who would die and rise from the grave and lead his people to immortality was held by the Hebrew (Akkadian: Abrutu) ruler-priests 6000 years ago. They spread this belief wherever they dispersed in the service of kingdom builders like Nimrod. This means that their belief in bodily resurrection is central to the oldest known religion.

Young Earth Creationists consistently ignore anthropological data because it shows that humans have been around for millions of years. By insisting that the Earth is only 6000-8000 years old, Young Earth Creationists deny the weighty evidence that God was laying the ground among archaic human populations for the Messianic Faith that would eventually be fulfilled in Jesus.

A man buried at La Chapelle-aux-Saints in southern France was buried in red ocher 45,000 years ago.

A man was buried in red ocher in Paviland Cave, Wales 35,000 years ago.

Four bodies were buried in red ocher at Sungir in Russia 32,000 years ago.

The “Fox Lady” of Doini Vestonice, Czechoslovakia, was buried in red ocher 23,000 years ago. Around the same time, Lake Mungo Woman (LM1) was cremated and her remains were sprinkled with red ocher in Australia.

A man buried in Bavaria was buried with mammoth tusks and submerged in red ocher 20,000 years ago.

An infant was buried in red ocher 11,000 years ago in Alaska.

The global nature of the practice of red ocher burial tells us that it is extremely old. It suggests that God has been pointing humanity to the Christ event for many thousands of years.

The Bible asserts that life is in the blood. That is true in terms of human biology and it is true in a metaphysical sense. The Blood covering that brings immortality has been revealed. Christians are to make this evident to the world. We cannot do that if we deny the facts or obfuscate the truth.

An anthropologist looks at Genesis 1-11

Noah was one of Abraham’s ancestors. Noah’s great grandson was Nimrod, a Kushite kingdom builder who left Africa and established a territory for himself in Mesopotamia. This explains why we first meet Abraham in Mesopotamia. However, his cultural context appears to be Kushite. (DNA studies have confirmed the Kushite migration out of Africa.)

We overcome most of the supposed contradictions between Science and Scripture once we identify the context of Abraham’s ancestors as cattle-herding Proto-Saharans and Nilotes living during the African Humid Period (African Aqualithic) when the Sahara was green and wet. Saharan petroglyphs dating to 4300-2900 BC depict boats transporting cattle. It is also significant that the only place on earth which is claimed by the natives to be Noah’s homeland is Bor-no (“land of Noah”) in the region of Lake Chad.

Noah would have lived in the Lake Chad area around 6000 years ago. At that time, God Father (Re) and God Son (Horus) were worshipped at the Horite Hebrew shrine city of Nekhen (Hierakonpolis) on the Nile. This was a very prestigious city as has been shown through archaeological discoveries there. The votive offerings and mace heads were larger than have been found elsewhere. There are numerous burial sites of high-ranking persons, some of whom had long wavy red hair (Burial 79). These are likely ancestors of the Horites of Edom (Genesis 36). An Edomite chief named Esau is described in Genesis as red and hairy.

Some of the graves at Nekhen had painted ostrich eggs, symbols of the hope of resurrection. The earliest texts that speak of bodily resurrection are found among the Horite and Sethite Hebrew.

Using kinship analysis, a tool of cultural anthropology, the king lists of Genesis 4, 5, 11, 25 and 36 have been shown to be authentic. They speak of historical persons. These were Horite and Sethite Hebrew rulers. They were a moiety, that is, one people divided into two ritual groups. We have writings from these ruler-priests that date to 4400 BC, roughly Noah’s time.

Utterance 470 contrasts the Horite mounds with the Sethite mounds, designating the Horite Mounds “the High Mounds.”

The risen king unites the peoples, restores the former state of blessedness, and unites heaven and earth. When seen from this perspective, the Horite Hebrew religion appears to be the foundation of the Messianic hope that is fulfilled in Jesus of Nazareth. This expectation was expressed about 1000 years before Psalm 91 in Utterance 388 of the Pyramid Texts. “Horus has shattered (tbb, crushed) the mouth of the serpent with the sole of his foot” (cf. Genesis 3:15).

The Question of Inerrancy

Once we identify Noah’s cultural context, we may investigate further. The Lake Chad region was constantly threatened by floods during Noah’s time. The Lake Chad Basin is relatively flat and prone to monsoonal flooding. It is ringed by mountains from which water drains into the Basin. During the African Humid Period there was an extensive system of interconnected lakes and rivers across the Sahara. The western Nile watershed extended well into the Sudan. Hydrological studies indicate many periods of flooding from the Nile to the Atlantic coast of Nigeria.

The archaeological discovery that Proto-Saharan rulers kept menageries of exotic animals is especially pertinent to Genesis 7-9. It is likely that these rulers attempted to rescue their prized creatures when threatened by inundation.

One of the oldest known zoological collections was found during the 2009 excavations at Nekhen. The menagerie dates to about 5500 years ago and included hippos, elephants, baboons, and wildcats.

The Hebrew term for “earth” in the flood stories is eretz, which also means territory. From the perspective of Noah in a flooded lake area, it would have appeared that his entire territory was under water.

Biblical scholars agree that Genesis 1-11 is a complex and layered body of material. It contains data that pertains to the earliest Hebrew ancestors and material that appears to have been redacted by at least two later sources: the Deuteronomist Historian, and Jewish Rabbis. The Deuteronomist writes from the context of the Neo-Babylonian Period (c. 700-300 BC), about 1500 years after Abraham. The Rabbinic insertions reflect an even later period. They date from the first century AD to c. 600 AD.

A contextual incongruity is evident in Genesis 6:4 which poses the Nephilim as fallen angels (a Rabbinic notion) while also presenting them as historical “heroes of days gone by, men of renown.” Nephilim is derived from the same root as the Aramaic npyl which means giant, as in great. This is equivalent to the Arabic nfy, meaning hunter. Noah’s great grandson Nimrod is described as a “mighty hunter” or a “mighty man” before the Lord.

It is best to read the biblical texts with some skepticism, but since God is truthful and He has superintended the Scriptures, they tell us truth. We should read them as if they were law briefs: there is a majority opinion and a minority opinion. To gain a better understanding of Genesis 1-11 we need to be aware of the different perspectives.

Alice C. Linsley has been pioneering the science of Biblical Anthropology for over 35 years. She is a founding member of Christian Women in Science and a member of the American Scientific Affiliation. She taught Philosophy, Ethics, and World Religions for fourteen years at Midway University in Kentucky. Now retired, her writings appear at Just Genesis, Biblical Anthropology, Ethics Forum, and Philosophers’ Corner. She also serves as the administrator of the international Facebook group The Bible and Anthropology, and often speaks at conferences and retreats. 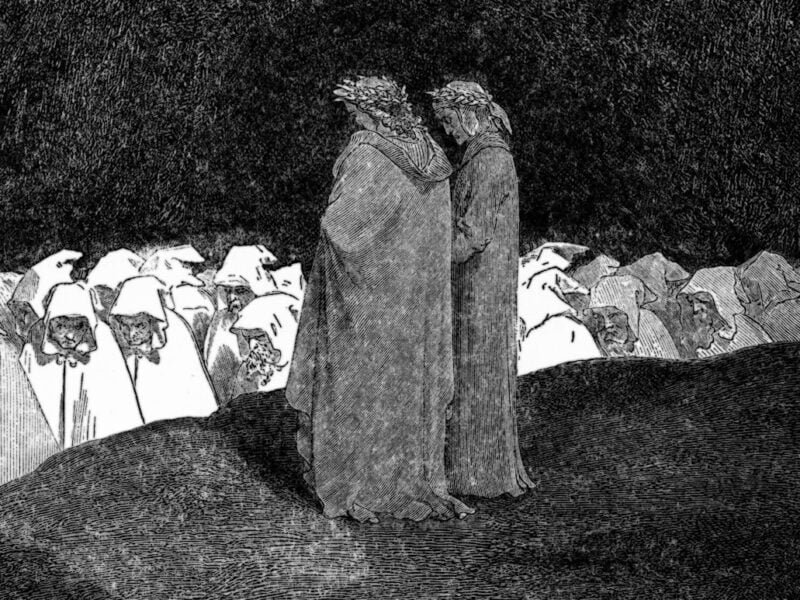 'Genesis and Biblical Anthropology: A Response to Fr. Jefferies' has 1 comment 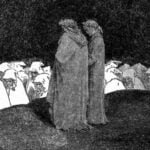