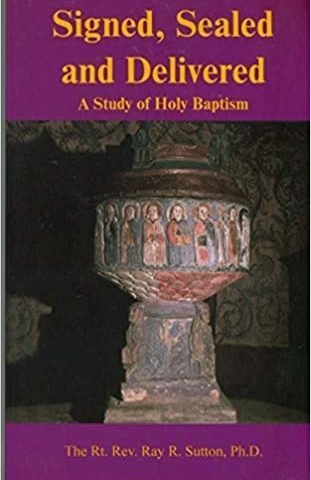 I still remember the first time someone explained the Anglican view of Baptism to me. It was 12 years ago, and I was an Evangelical college student, listening to a lecture on the Reformation. Our instructor was Anglican, and as a part of his discussion, he explained the early Reformed view of Baptism.

I don’t remember many particulars from the lecture, just that it was the most sensible explanation of Baptism I’d ever heard. But since I was a confirmed pedobaptist, I filed the topic away mentally until I could study it more carefully.

I finally made progress on that goal this summer when I read the Rt. Rev. Ray R. Sutton’s Signed, Sealed, Delivered: A Study of Holy Baptism. Sutton cites the need for a “substantial defense of a Biblical and classical Anglican view” of Baptism, explaining, “it seems there has not been a major analysis from this perspective in over a century and a half, even though there have been smaller studies to be sure” (4). Published in 2001, Sutton writes:

How appropriate to study the introductory rite of the Church as we start another thousand years in the life of the Church! Please recognize at the outset that we are not simply talking about a dusty, irrelevant doctrine. We are engaging a discussion about a practice that meets us at the very threshold of the Kingdom of God. We are approaching a subject critical to the mission, growth and nurture of the Church. (26)

Throughout his book, Sutton builds a case for a high view of Baptism. He explores his topic by tracing threads from Creation through Judaism and the ancient Christian Church while covering a wide range of topics — history, philosophy, and practical application.

Sutton begins his discussion with a chapter on sacramentology, from which he derives the book’s title. He writes: “No other words could better express the meaning of a Sacrament: signed, sealed and delivered” (30). He connects Sacrament with covenant theology, giving adoption as a contemporary example. He writes: “Sacrament is derived from the Latin, sacramentum, which was used by the Church to describe those special signs and seals of the covenant” (30). Sutton grounds his view in the Book of Common Prayer definition of “outward and visible sign of an inward and spiritual grace,” as well as the 39 Articles (31).

Sutton’s view of sacramentology is rooted in the Old Testament, as exemplified in the Abrahamic Covenant sealed with the sign of Circumcision. He devotes a whole chapter to discussing Baptism’s connection to Circumcision.

Sutton then moves into the meaning of being Baptized into the triune God — Father, Son, and Holy Spirit. As someone who grew up around the Evangelical controversies surrounding the Baptism of the Holy Spirit as something separate from water Baptism, I found Sutton’s take refreshing. Citing Acts 2:38, Sutton explains, “Peter does not say, may; he clearly uses a future tense verb without any implication of a subjunctive mood, which is normally used if may is intended. He informs the new converts that they will receive the gift of the Holy Spirit when baptized, water baptized” (88). Sutton’s view is objective, while not straying into the mechanical.

Sutton then spends three chapters on an in-depth discussion of Baptismal regeneration and its historical, Biblical, and theological aspects. This section would be especially helpful for those who are familiar with some of the disagreements surrounding Baptismal regeneration. As someone unfamiliar with the terms of these controversies, I still found these chapters enlightening. Sutton defines the term: “literally re (new) generation (birth)” (96), and then he traces the various definitions regeneration has had throughout the centuries. He indicates that equivocation of terms is behind some current disputes. Sutton has a strong ecclesiology and calls for a communal and covenantal understanding of Baptism, which, he writes, brings someone into the Church. Of course, faith of the individual is important:

One is in covenant with Christ through Baptism, which means that God’s promises apply to the recipient and faith is required for this covenant to have eternal benefit. It is possible to receive the sign and seal of the covenant without true, personal faith. Scripture clarifies that an unconsummated covenant sign with real faith nullifies the Sacrament. (120-121)

Due to the objective nature of Baptism, however, Sutton encourages a charitable assumption: “A baptized person should be treated as and counted as a true believer” (124).

Sutton then shifts his focus to the question of infant Baptism. He begins his argument with Jesus’ famous words, “Suffer the little children to come unto Me and forbid them not, for of such is the kingdom of God” (Luke 18:16). Sutton argues that the family as a whole is part of God’s salvific economy, stating: “The basic social unit of Scripture is the family, not the individual. From the beginning to end in Scripture, God reaches out to and through the family (160). Sutton describes that all fell with Adam — his family received the effects of his choice. Through Christ, families are again brought into right relationship with God. He writes:

God promises a seed to the man and woman (Genesis 3:15). When God deals with them He reaches through the first family to redeem mankind. This establishes an important principle of redemption to and through the family, making the family the basic unit of the kingdom of God. (162)

Sutton then unpacks the Baptism passages in the New Testament, and examines Church writings on the topic from ancient through the Reformation period. His evidence supports his strong assertion: “based on Scripture and its historic understanding by the early Church and the Church of the Reformation, infant Baptism is a Biblical practice” (172).

He then turns his attention to how to classify baptized infants before they have grown old enough to confirm their faith. After considering various alternatives, he proposes:

A baptized infant should be viewed as and treated as a believer because infants can have some kind of faith. The Psalmist clearly teaches that infants can trust in God, “But You are He who took Me out of the womb; You made Me trust while on My mother’s breasts. I was cast upon You from birth; from My mother’s womb You have been My God” (Psalm 22:9-10).

Sutton spends the final chapter of his book discussing the modes of Baptism throughout the ages. He explains, “There have generally been two methods of baptizing advocated in the history of the Church, sprinkling or pouring, and immersion” (199). He explores each of these practices throughout history in general and Anglicanism in particular. Sutton notes the unfortunate divisiveness around the issue of mode, but acknowledges the theological emphasis each method reveals (205). He acknowledges the Book of Common Prayer’s rubrics, which allow for either dipping or pouring, with dipping being preferred. He writes: “Dipping is prescribed in the Book of Common Prayer because it involved both modes. Normally the person’s head would be dipped, while the minister would also pour or sprinkle water on the head at the same time” (202). This, Sutton argues, best represents the Spiritual realities being expressed, since “water is associated with the glory cloud. The glory cloud of God effuses and sprinkles the world with the presence of God and His blessing, represented by the water sent from above. The prophets speak of a day when the glory cloud would sprinkle all the nations” (218).

Sutton includes two appendices, a commentary on the Baptismal Office in the 1662 Book of Common Prayer, and a brief history of baptism, as well as study questions at the back of the book.

Throughout Sutton’s work, I often found myself questioning certain points, only to have my questions answered later on. I was impressed on how thorough his discussion of Baptism was — he seemed to cover almost every side of the issue. I also appreciated his gracious attitude and the general lack of legalism in his views. He writes that it is “possible for God to apply grace when a Sacrament is being administered invalidly or apart from the Sacrament altogether. In His sovereignty God may choose to give grace in ‘extraordinary’ circumstances” (54). This is important, especially considering the wide rejection of infant Baptism in Protestantism. We don’t have to fear getting it wrong since “Jesus is Lord of the Sacrament and His heavenly Father is the author of grace” (56).

I was so impressed with Sutton’s overall work that I was surprised and disappointed to realize that some of his scripture references and paraphrases were a little bit slipshod. This was particularly noteworthy during his discussion of the glory cloud, where some references lacked proper explanation. Isaiah 52:15 does reference sprinkling, but is it really the glory cloud (218)? Is Ezekiel indeed referring to the glory cloud in 36:25-27 (218)? To the lay person, the connection wasn’t clear. Sutton also paraphrases Paul’s conversion, writing “Paul had been blinded by Jesus and instructed to go to the house of Ananias” (224). Those of us familiar with the story in Acts 9 know that Paul was actually instructed to go on to Demascus and wait, which he did in the house of a man named Judas. Ananias was then told in a vision to go to Paul. Surely someone of Sutton’s caliber knows the story well, but the slip (which should have been caught during editing) undermines his credibility. I’d love to see a new edition of the book with these small issues repaired.

As a whole, I find Sutton’s work both helpful and persuasive. Since finishing it, I have recommended it to several family members and friends. I feel like I did after that first lecture on Anglican Baptism — what could be more sensible? 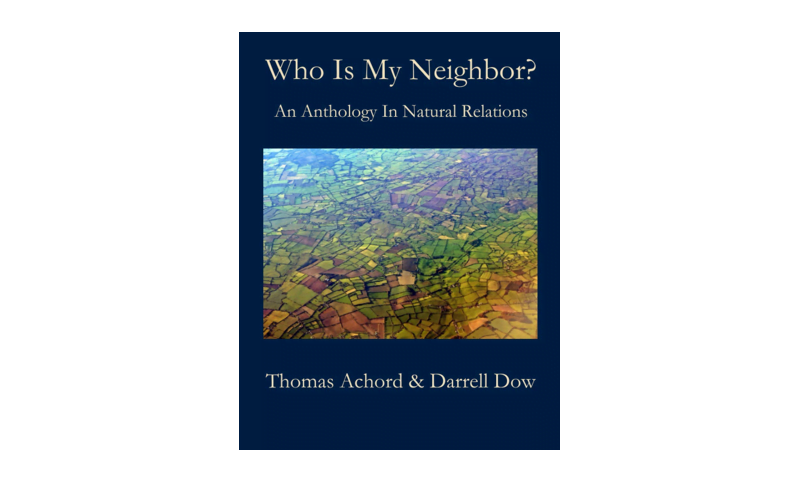 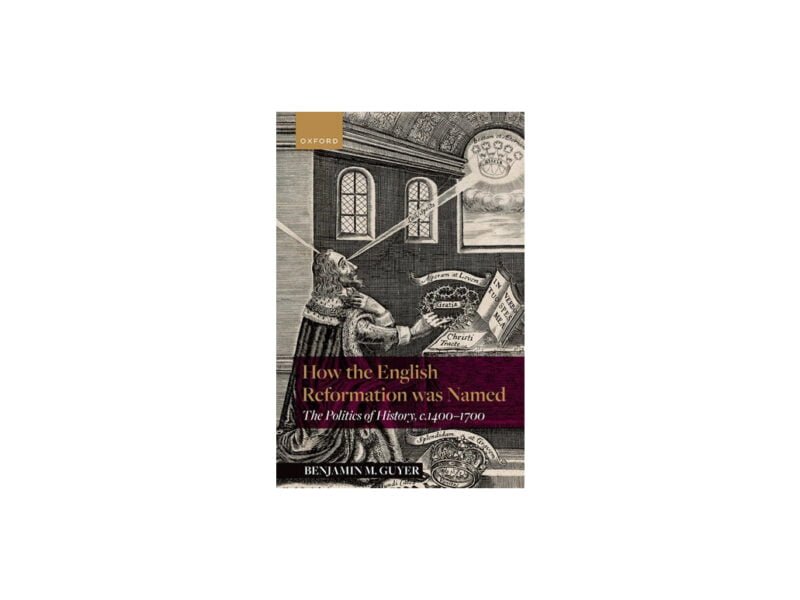