I first heard about Charles Chapman Grafton, the second Bishop of the Diocese of Fond du Lac, in presentations on historic intercommunion efforts between Anglicans and Eastern Orthodox in which Bp. Grafton and St. Tikhon of Moscow loomed large. Others may be familiar with the famous “Fond du Lac Circus” photo with Bp. Grafton, a handful of other Episcopal bishops, St. Tikhon and his chaplains, and an Old Catholic bishop, one of the earliest photographs of Anglican bishops in full Eucharistic and Pontifical vestments. Bp. Grafton is indeed best known as a pioneer of Anglo-Catholicism and Ecumenism in late 19th and early 20th Century America.

While this makes Bp. Grafton well-known among certain Anglo-Catholics, he is sadly less well-known among North American Anglicans in general. The editors at Nashotah House Press have included a new reprint of a selection of Bp. Grafton’s works in their “Classics of American Anglicanism” series as a way to correct that oversight. In the Series Preface included at the beginning of this present volume, general editor of the series, Brandon LeTourneau, lauds the current trend of “Anglican ressourcement” as historic voices of our tradition have been increasingly republished, but laments the absence of American Divines among them.[1] The Selected Writings of Bp. Grafton is an excellent first book in the series.

The topics covered in Bp. Grafton’s Selected Writings vary widely. Collister includes biographical and autobiographical sketches, historical overviews of both the English Reformation and the “Catholic Revival” (i.e., Oxford or Tractarian Movement), several essays on the professed life of Religious brothers or sisters, discussions of sacramental theology, ecclesiological essays, musings on ecumenism, pastoral advice to his postulants, and general theology. Throughout these works, Bp. Grafton displays a humble heart, a love for the Church, and a deep desire for holiness, in addition to a brilliant mind.

In the opening essay, “Changes and Chances,” Bp. Grafton discusses his own call to ministry and his own sense of vocation. Again, Bp. Grafton’s humility and holiness shine through. The bishop paints a picture of an uphill struggle against an ossified Church that did not prize holiness. Nevertheless the reader also is given glimpses of beauty and glory that can be won by perseverance and faith. I could not help but draw comparisons with the current state of the Anglican Communion in general and North American Anglicanism in particular. While the historically-aware reader is able to look back on developments that Bp. Grafton could only anticipate, this time gulf does not make the Bishop’s insights outdated. Rather, Bp. Grafton’s hope kindles similar hope in the modern reader.

The second essay, “Stay at Your Post” was particularly encouraging, as it is a direct challenge against the siren call of Rome and its claims to be the One True Church. At times the mess in our corner of the Church can make us gaze longingly at the hue of our ecclesiastical neighbors’ lawns. But Bp. Grafton reminds us of the gift we have as Anglicans. He tells the story of a woman who was truly worried about Rome’s claims and the corollary that those of us out of communion with Rome cannot be saved. “I asked her if she then thought the Martyr Laud, or Bishop Andrewes, or saintly Keble were lost. She laughed and this broke the spell.”[2] Despite being a convinced Anglo-Catholic, Bp. Grafton was never tempted to follow in Newman’s footsteps. Indeed, as Papal Infallibility had recently been declared a dogma by Rome, Bp. Grafton saw such innovations as a gift to our Communion as it showed Rome’s true colors with respect to adding to the Faith Once Received.

Indeed, as much as Bp. Grafton is known as an ecumenicist, he had little sympathy for either Rome or what he considered “Protestant sects.” He saw Rome’s tendency to add to the Faith as the opposite side of the coin to radical Protestantism’s tendency to take away from the faith. In general, I find this critique to be a fair one, though I think he may be selling some of the Magisterial Protestants short compared with how earlier generations of Anglican Divines approached them. For example, in several places he considers the early death of Edward VI to be providential, as it saved the Church of England from somehow losing its catholicity through conforming too closely with Continental Protestantism. That is, Grafton literally considered Edward’s early death to be a gift from God to preserve the catholicity of Anglicanism. As a student of the Homilies and writings of our earliest Divines (all of whom could not but praise Edward’s memory), I found this sentiment to be rather shocking. Since then, however, I have discovered that it is not an uncommon perspective among Anglo-Catholics.

That said, passages that betray Anglo-Catholic romanticism from the turn of the last century were relatively minor. In all honesty, they likely loom larger in my mind, as the feuding romantic churchmanship of all sides of late-19th-century Anglicanism is one of my biggest pet peeves. In fact, Bp. Grafton is both generous to other churchmanships and honest about potential problems within his own. Speaking of the perceived dichotomy between high-church emphasis on sacraments as objective means of grace and low-church emphasis salvation by faith through grace, he writes:

The two ideas, rightly understood, were not contradictory, but supplementary of each other. Christianity has its objective and subjective side. While the sacraments are means through which Christ acts and bestows his gifts, faith and repentance are the subjective and necessary conditions for their profitable reception.[3]

Later in the book, I found myself challenged by the Bishop’s Anglo-Catholicism in a particularly positive way with respect to the professed religious life. While I have never been opposed to monasticism (and indeed, I love the patristic monastic writings), I had always assumed it was merely a historical development that can be expedient in certain contexts. Yet, in his essay “The Religious State Founded by Our Lord,” Bp. Grafton makes a good case for the professed religious life as being of biblical institution. I began the essay with one eyebrow firmly raised in skepticism, but ended it at least partially convinced. If not explicitly instituted by Christ, I am now convinced that the precedent for monasticism is firmly established in the Bible. Yet, in the next two essays, Bp. Grafton does not advocate for Anglican appropriation or revival of medieval or Roman Catholic religious orders. Rather, he was a proponent of Anglicans establishing new orders for new times. His own Society of St. John the Evangelist is one such order that has stood the test of time.

Overall I found Bp. Grafton’s Selected Writings to be a thoroughly enjoyable and edifying read. The autobiographical, biographical, and historical sketches in particular painted pictures of true holiness. The theological essays showed a love of the mysteries of the faith. Even the Anglo-Catholic musings were challenging in the best of ways. Anyone interested in gleaning insights from the Anglican Divines of the past, anyone interested in an ad fontes approach to our tradition, would find Bp. Grafton’s Selected Writings an essential part of his or her library.

edit on 11/24/2022: It was pointed out that the affiliation of the Old Catholic Bishop in “Fond du Lac Circus” photo was not PNCC as originally stated, despite what some online sources say.

Fr. Isaac is the Archdeacon for liturgy in the Anglican Diocese of the West (ACNA), and the Rector of All Saints Anglican Church in San Antonio, Texas, where he lives with his wife, Heather, and daughters, Leah and Victoria. A bi-vocational priest, he works as a residential real estate appraiser and dabbles in various forms of music. Fr. Isaac earned his BA from the University of Texas at San Antonio and his Master of Christian Ministry from Wayland Baptist University. 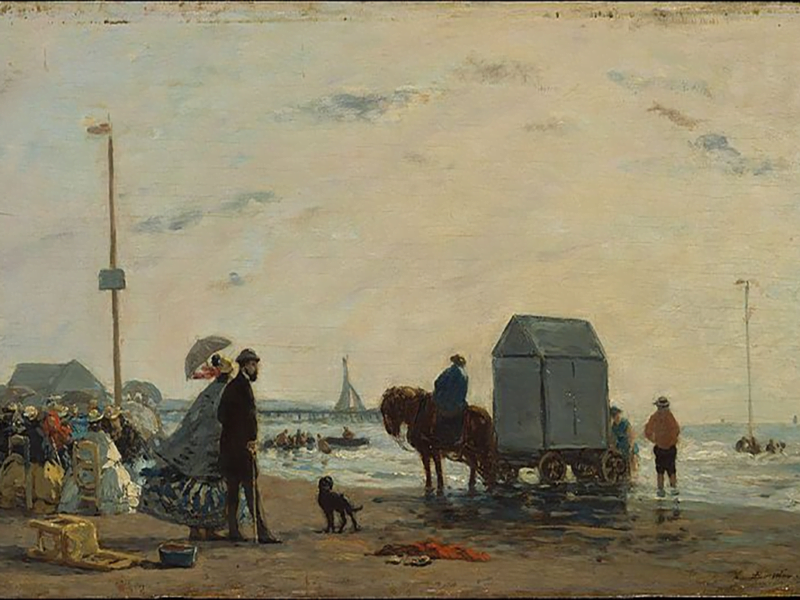