I have long considered myself something of a liturgy nerd. I remember as a young child comparing various sections of the Episcopal 1979 Prayer Book and wondering why we always prayed the Nicene Creed on Sunday and never the Apostles’ Creed. When I was returning to the Anglican tradition as an adult, a significant part of the process involved buying and comparing various editions of the Book of Common Prayer. About a year ago, my bishop appointed me to the role of diocesan canon for liturgy. One of my long-term goals is to eventually pursue doctoral studies in practical theology with a focus on liturgics.

As such, I have kept my eye on the development of a new edition of the Prayer Book by the Anglican Church in North America (ACNA). While my parish’s decades-long custom and my own personal preferences guarantee that All Saints will continue to use the 1928 Book of Common Prayer for the foreseeable future, the ACNA’s Prayer Book will be widely used throughout Orthodox Anglicanism in North America. As I wrote in a report to our diocese this past February, I have been encouraged by the similarity between the proposed ACNA liturgy and the classical Prayer Books.

Recently, Drew Nathaniel Keane wrote an excellent article for The Living Church noting that the ACNA’s approach “seems to begin with the 1979 prayer book as a base text and bring it into closer alignment with historic Anglican prayer books.” This was necessarily shared throughout social media, with many proponents of the classical texts expressing disappointment in this finding. Keane’s observation was opposite from what I remembered from the ACNA Liturgy Task Force’s “Theological Lens” for the development of the liturgies, originally published in 2009. To my surprise, I discovered that the Task Force had indeed indicated Rite I of the 1979 text as the base from the very beginning! The last section of the Theological Lens (since renamed “Guiding Principles of Christian Worship”) outlines recommendations for the (then) immediate future with respect to developing the ACNA liturgy. What follows are some observations on specific recommendations in the document, in light of Keane’s observations.

A. For the Present:

1. A great strength of the 1928 American BCP and the 1962 Canadian BCP is that they are books which clearly and consciously are in direct succession to the 1662 prayerbook tradition. Both, however, can become obstacles to modern comprehension because of their 16th-century language and limited acknowledgment of new approaches to the sacramental life.

With all due respect to the Task Force, this statement is balderdash. Throughout North America and beyond there are plenty of vibrant, growing, solidly gospel-centered parishes that use the classical Books of Common Prayer. Indeed, my own parish is an example of this very thing! Admittedly, there is a learning curve for newcomers. But this is a challenge for newer liturgies as well. Whether they are Christians from the generic non-denominational world or people who are un-churched, liturgical worship is foreign to many Americans. Older forms of English are no more difficult in such a situation. Again, this is something we have seen in our own parish again and again. In fact, the only people who I have found hostile toward the classical Prayer Book are Christians who have grown up with the banal English version of the Roman Novus Ordo or Rite II of the 1979 Episcopal liturgies.

Furthermore, the Sacramental aspect of the traditional Book of Common Prayer is by no means truncated. Granted, there are some liturgies not present in the classical Prayer Book (e.g. the Easter Vigil or Compline), but there is a long history of supplemental texts for such purposes. One wonders what “new approaches to sacramental life” are expected? If they are truly new, do we really want or need them?

At any rate, I find myself wondering if this statement reflects simple ignorance of the classical Prayer Book or subtle historical snobbery.

2. The Church of England’s Book of Common Worship (2000) and the Prayer Book for Australia (1995) include modern language versions of most of the 1662 texts, the only caveat is that they also have many additions beyond that of the 1662 texts. The Book of Common Worship, in particular, has so many options that it is difficult to navigate for both the celebrant and congregation.

I would heartily agree with this statement. This is a typical problem with “alternative liturgies.” While not as bad as Common Worship, the Episcopal 1979 Prayer Book also requires several bookmarks to use as-is in a typical Rite II Eucharist. My biggest fear with the ACNA Prayer Book is that it would become as bloated with options and volumes as these alternative liturgies. One of the greatest strengths of the classical Book of Common Prayer is its elegant simplicity. In fact, the complexity of the pre-Reformation liturgies was one of the evils Abp. Cranmer sought to correct. We need not go back to this state of affairs. I find it telling that most parishes that use modern liturgies rely exclusively on projected or printed liturgies rather than prayer books in the pews. By making this the default, we rob our parishioners of a great resource for their personal and family devotional lives and theological education.

3. Since those who prefer Cranmerian language are already using either the BCP 1928 or the Anglican Service Book, there is no reason to publish yet another traditional language book. A BCP for the ACNA should be in modern language, with few variables, and closely related to the classical BCP texts.

Again, I generally agree with this statement. However, as reported by a recent article in The Anglican Way, the Task Force has authorized a sub-committee “to produce a companion resource” to the future ACNA Prayer Book that “will include all of the rites of the new BCP in Elizabethan English.” I find this development very unfortunate. First, it will further distance the ACNA from the historic Prayer Books. Second, modern attempts at Elizabethan English often sound more like a Renaissance Faire than the BCP, KJV, or Shakespeare. Third, who is likely to use such a text if the above statement is true?

4. The American BCP 1979 is self-consciously a revolutionary composition, rather than a conservative revision of the 1928 BCP. It has some redeeming characteristics, however. It is used by more than half of the congregations surveyed by our Task Force, and it is relatively easy to follow. Most importantly, it has been memorized by many people in our congregations, and for those under the age of forty, it is the only prayer book they have known. A modern language adaptation of the rite I liturgies of the 1979 BCP should be a major priority in ACNA’s immediate future (emphases in the original).

This is where Keane’s observations are proven to be true. From the start, the ACNA’s Task Force indicated that Rite I of the 1979 Prayer Book should be the basis. Strangely, I don’t think I noticed this statement before, despite the italics being in the original document! This approach explains some of the departures from the classical texts that I have wondered about (including those I noted in my report from February linked above). I am very grateful for Keane’s article to point out this basis. Of course, the Task Force was not hiding the basis in Rite I. Nevertheless, it has become obvious that many of us missed it.

It rather reminds me of when it was first pointed out to me that the “dual integrities” with respect to Women’s Ordination was enshrined in the ACNA Constitution, not Canons, making it virtually impossible to change. It had been there all along, but few noticed it. Though it feels like a bait-and-switch, one can hardly make such an accusation stick when the statements have been in the open from the start.

B. Future Work to be done

1. Modern language version of the 1662/1928 rites for Eucharist, Baptism, and Ordination.

And this is why it feels like a bait-and-switch. This statement contradicts what came before it, and is the statement that I remembered most from reading the Theological Lens. I, for one, wonder whether this means that several editions were a foregone conclusion. I now wonder if a single coherent volume was ever a possibility.

As much as I have been expressing concerns in this reflection, I do think the proposed ACNA texts are the best modern-English adaptations of the Anglican Liturgy that I have yet seen. I am particularly happy with the new adaptation of the Coverdale Psalter. I am also happy for the ability to present the Eucharist and Offices in the classical formats. My concerns do not rise to the point where I would not recommend the proposed ACNA texts to parishes that use modern-English liturgy. The project so far is a relatively good one. But, I do find myself asking if it was a necessary project. 'A Liturgical Bait-and-Switch?' have 9 comments 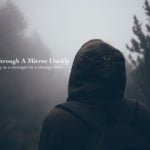 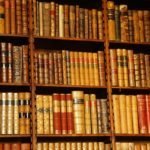