Although he’s not a priest, he’s made an altar
Beneath his eastern window. When the first sun
Strikes the maple tabletop, the shine
Calls to him. It’s there he keeps his psalter
Between two beeswax candles. Christ Pantocrator
Gleams in red and gold, His life-book open
In His hand. Unreadable words, unspoken,
Catch at the hermit’s mind. He is no Doctor
Of the Church, only a man who, aching, kneels
In morning light, repeating prayers that come
Ready-made in his own tongue, though they
Lose much in this translation. Still, he feels,
As he waits, some seam un-sew itself inside him.
Words trickle out. They tell him what to say.

Sally Thomas's new book, Motherland, was a finalist for the 2018 Able Muse Book Award in poetry, and will appear from Able Muse Press in the fall of 2019. She is also the author of two poetry chapbooks: Fallen Water (2015) and Richeldis of Walsingham (2016), both from Finishing Line Press. Her poetry and fiction have appeared recently in The Agonist, Forma, Mezzo Cammin: An Online Journal of Formalist Poetry by Women, North Carolina Literary Review, The Orchards Poetry Journal, and Presence: A Journal of Catholic Poetry. She lives and writes in the Western Piedmont of North Carolina. 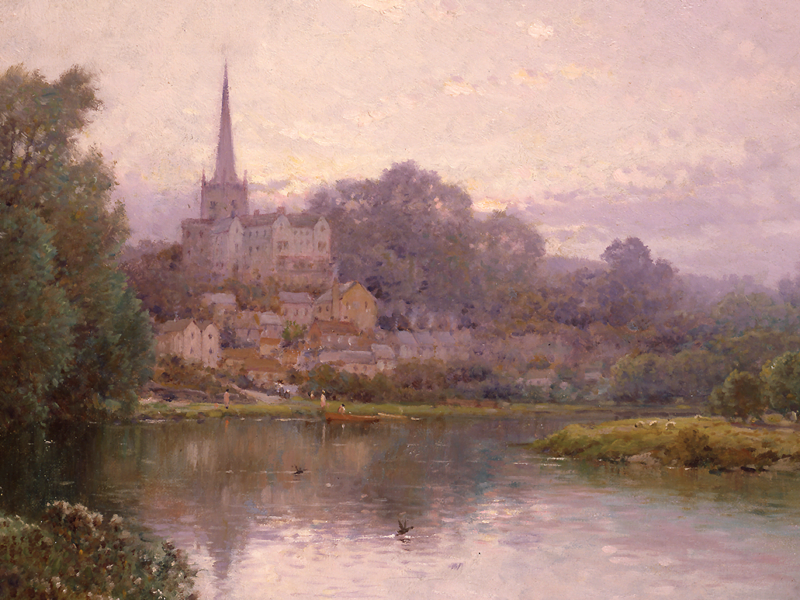 'The Hermit Prays the Liturgy of the Hours' have 2 comments