“Self-deception is nature; hypocrisy is art.”

The most charitable take I can possibly provide for last week’s statement from the GAFCON Primates is that they are merely self-deceived. Such meetings provide ample reason to be charitable towards one’s friends. I can imagine that no one wanted to call his brother an apostate, much less an enemy. I know many of these men personally, and I can say that they are good men, and while I will disagree, and disagree vehemently with their decision to write off the consecration of yet another woman to the episcopate as adiaphora, I will also say that they are not above self-deception. Indeed such is the state of every human being. We like our alliances. We like being liked. And if the cost is unanimous agreement on a statement that one might find partially false, it makes sense that one would live to fight another day while presenting a united front.

All of this would be understandable if this particular statement weren’t so egregiously hypocritical.

By hypocrisy, I mean it in the received sense: the sin of pretending to virtue or goodness. The truth is frightening. The truth demands that we suffer for it because the alternative is the projection of underserved admirability in the sight of others. It’s not a fate that we should wish upon our dearest friends, that they should have to call their other friends deceivers and frauds. But, their integrity depends upon it, and not only their integrity but their own ability to love their neighbor.

Since 2003 at least, it has been the understanding of the Primates who have formed the backbone of GAFCON that same-sex marriage is a hill to die on, worth breaking fellowship over, even against the dictates of the Windsor Report, to commit to so-called “boundary crossings,” even if it meant the ire of Canterbury. And to all of this, we should say: well done! Good for them! I’m thankful for this witness!

But, what was this all about?

Was it not about countering the confusion that comes from the extremely post-modern assertion that gender is a subjective matter, and not one of nature? Was it not about a defense of the biblical doctrine of marriage? Of course it was! But, it was also about the Gospel, that the Gospel demands orthodoxy when it comes to the institution of marriage. What was this at the heart? Was it not an attack on what is at the very least something commonly called a sacrament, and many of us would say – a sacrament indeed?

Now, we come to the question of the episcopate, and is this not at the very least on a similar level with marriage? I would continue to claim that Holy Orders, in general, are on the same level, but with the episcopate, there has been a long-standing assumption that the historic episcopate is essential not only to Anglican unity, but to any ecumenical prospects. According to the Chicago-Lambeth Quadrilateral “The Historic Episcopate, locally adapted in the methods of its administration to the varying needs of the nations and peoples called of God into the unity of His Church” is one of four inherent parts of the sacred deposit “committed by Christ and his Apostles to the Church unto the end of the world, and therefore incapable of compromise or surrender by those who have been ordained to be its stewards and trustees.”

For the Anglican Church in North America, the fourth fundamental declaration of our province is this:

We confess the godly historic Episcopate as an inherent part of the apostolic faith and practice, and therefore as integral to the fullness and unity of the Body of Christ.

Yet, as we see: the former is non-negotiable, but now, all of a sudden, the latter is neither a salvation issue, nor a danger to the GAFCON Fellowship, nor a fundamental declaration in the eyes of our own Archbishop.

Is this self-deception? Or is it hypocrisy?

I can only wish it was mere self-deception, but given the degree, I must say it is rather artful hypocrisy, especially on the part of those bishops who have publicly stated their commitment to the historic episcopate as, well, as it has historically been, an institution for men only. Why? Because of the witness of Holy Scripture. These men know the truth, and yet they have unanimously signed on to a document they know is false. Why? Because, and it hurts me to say this: they are fulfilling the very definition of hypocrisy, pretending to virtue or goodness. In other words, they have chosen pretense over substance.

I must say, especially to Foley Beach, and publicly, that this is a shocking betrayal of our fundamental declarations. While he made it clear that he was disappointed and challenged, he did not defend the fundamental declaration of the province regarding the episcopate. His Pastoral Message was thus artful, but artfully hypocritical. He is not deceived. He wants to be perceived as a conciliatory leader. He clearly does not want to resign as the chair of the Primate’s Council. But, integrity as befits an orthodox bishop must certainly demand it. I say this as one who considers him a friend. But, alas, what kind of friend would I be if I kept the truth to myself?

'The Art of Hypocrisy: A Primer' have 3 comments 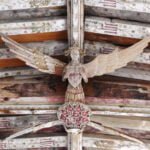