It would be quite foolish for anyone to make bold predictions about what the Anglican Way in North America will look like in 10 years. This brief article features only a small amount of such hubris, and is offered more as a way for traditionally minded Anglicans of all affiliations to have some idea of what is happening in the continuing Anglican jurisdictions from an eye-witness to the proceedings. Others, I’m sure better reporters, will provide their fuller accounts of the events (I would recommend reading future articles in The Trinitarian: the excellent gazette of the Anglican Catholic Church), but produced below are some general thoughts and commentary from the 2020 Anglican Joint Synod featuring the “G-4” of the continuing Anglican churches.

This year’s joint synods are the sequel to the 2017 joint synods wherein the Anglican Catholic Church (ACC), Anglican Province of America (APA), Anglican Church in America (ACA), and the Diocese of the Holy Cross (DOHC) entered into full communion with one another as an important step toward an organic union. As someone who has spent his entire life in the Continuum, it is hard to describe to outsiders how incredible it was to see this giant leap take place. A spirit of joy and hopefulness filled clergy and laity across jurisdictional lines and has formed friendships and partnerships which are still bearing fruit.

Nothing quite as dramatic was accomplished at the 2020 synods, but the sense of camaraderie and partnership were alive and well. This year’s gathering, and the goal of closer union, were complicated by pending leadership changes within both the APA and ACA. The Rt. Rev. Brian Marsh, after nine years of service, is rotating out of his position as presiding bishop of the ACA to be replaced by the Rt. Rev. Juan Garcia of Puerto Rico. At the joint Holy Communion, Bp. Marsh was gifted a lovely cope by the Rt. Rev. Chandler Jones: himself recently elected coadjutor to the Diocese of the Eastern United States (APA). Bp. Jones will be succeeding the Most Rev’d Walter H. Grundorf as presiding bishop of the APA in the near future. These natural developments, while changes indeed, shouldn’t change the status quo as Bp. Marsh will continue to be the ecumenical liaison and Bp. Jones gave full support to the cause of unity among traditional Anglicans.

Toward that end, welcome news came out of the ACC Council of Bishops (a college of bishops becomes a council at synod), which unanimously approved the resolution which invites the Diocese of the Holy Cross to join the ACC with their clergy and ordination policies intact. This movement–pending approval by the Diocese of the Holy Cross–would transition the G-4 into the G-3, and the resolution’s announcement was greeted with approval and applause from both clergy and laity.

What has become clear to this observer since 2017 is that organic unity, even within jurisdictions which fundamentally agree and desire unity, is complicated by canonical and cultural differences developed over 40 years. These differences are not insurmountable, but they will need to be addressed, and this priest prays our leadership will not settle for the compromises of the 20th century, but instead, trust in the truth found in Holy Scripture and the Anglican tradition we hold dear. The Continuum has a real opportunity to lead the way for other traditional Anglican churchmen, parishes, and jurisdictions which constantly feel the pressure to accept the poisoned fruit of the Western sexual revolution. Much as the Anglican Church in North America (ACNA) struggles with the inherited canonical acceptance of unbiblical and disordered candidates for holy orders from The Episcopal Church, a future union of continuing Anglicans will inherit hard problems (such as men ordained despite being divorced and remarried). The specter of living with “dual integrities” fills me with unalloyed dread, but perhaps some temporary system with an agreed upon “return to orthodoxy” date could both recognize and support the tragic circumstances which have flowed from the Western abandonment of Biblical norms and Catholic tradition, while also establishing a clear alternative to systems designed to pacify traditionalists until they can be marginalized and destroyed (or “enlightened” and “informed” as the new speak puts it). Time will tell, but I am heartened by the types of discussions we are having within the Continuum—especially among the young clergy and laity who are—without fail—traditionally minded. As one of these young priests said to me, “The Continuum’s motto should be, ‘We really, really care about stuff.’” I pray this passion for catholic order in the Anglican Way will win out in the end, and that traditional Anglicans will unite to form the powerful evangelical witness North America needs.

More could be said about the charitable work and growth of our churches, especially in Africa, South America, and Pakistan, or the hard work being done to re-establish full communion with the Polish National Catholic Church—severed when The Episcopal Church’s leadership abandoned the traditional ordinal in the 1970s. But, it’s worth mentioning my, and others, disappointment in not seeing more representatives from the ACNA as observers to the proceedings. If they had been there, they would have found a serious church confident in what it believes looking for allies in the hard fights to come.

I will end with two important resources from the synods.

1. The Rt. Rev. Stephen Scarlett (ACC) presented a wonderful two part talk on mission and evangelism calling for, among other things, an every other year conference devoted to developing a holy remnant equipped to bring the traditional Anglican Way to an increasingly hostile world.

The Rev. R. R. Tarsitano is the vicar of Trinity Anglican Church: a mission of the Anglican Catholic Church. He is a former Navy Chief and holds a B.A. in English from the University of North Florida and an M.Div from Gordon-Conwell Theological Seminary. 'The 2020 Anglican Joint Synods: Commentary from the Continuing Anglican Jurisdictions' have 2 comments 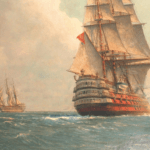