I’m not one for horror movies. I like my sleep and simply don’t have the constitution to watch hours of spooks, jumps and gore. But after a great episode of Virtue in the Wasteland and several recommendations from various friends, I figured I’d give The Witch a try. It ended up being one of the few horror movies I’d recommend to anyone and it was one of the most sublime, unsettling and interesting films I’ve seen in in a long time. It’s one that has an interesting premise and timely lessons for today.

I won’t lie to you. It’s one of the most terrifying films I’ve watched. Long story short, a family of English Puritans leave the safety of the organized colony over a theological dispute (it’s hinted that the dispute is over infant baptism). They strike out on their own, only to be immediately struck with supernatural and natural affliction. Their crops fail, their infant son goes missing and the family descends into maddening confusion and fear.

The horror works due to the main premise (also due to the disturbing accuracy right down to the accents ): The supernatural exists and it is malevolent. The whole time you are waiting for your modern pretensions to be proven true. “Soon,” you think, “some piece of evidence will arise that will show this is all explainable.”

The weird, intolerant religious bigots were right.((Tushnet, Eve, “Out in the Fields with God,” The American Conservative, Feburary 26th 2016, http://www.theamericanconservative.com/articles/out-in-the-fields-with-god/)) Satan and his minions are harassing and killing members of this family. Sometimes, just because you’re paranoid, doesn’t mean Satan’s not out to get you. The film is interesting precisely due to the fact Robert Eggers’ story contradicts our mythic picture of witch trials.

While The Witch doesn’t directly delve into it, the common myth is that the witch trials were a barbaric medieval practice of the Church, intent on attacking women and remnants of paganism.((Pavlac, Brian, “Ten Common Errors and Myths about Witch Hunts, Corrected and Commented,” King’s College, last accessed October 30th 2016, http://www.brianpavlac.org/witchhunts/werrors.html)) Eventually the Enlightenment did away with all such nonsense. In reality the witch trial phenomenon was nothing of the sort. It was a thoroughly modern phenomenon, starting with the end of the supposed “Dark Ages.” While women made up a majority of those accused and executed, their accusers were in fact commonly women, while in places like Iceland and Estonia men made up a majority of the accused. Lastly, even if Wicca like to tell themselves otherwise, there was no “witch cult” that the Church was stamping out, much less an coherent religion that neo-Paganism can draw its roots from.

The Witch Trials and the Church of England 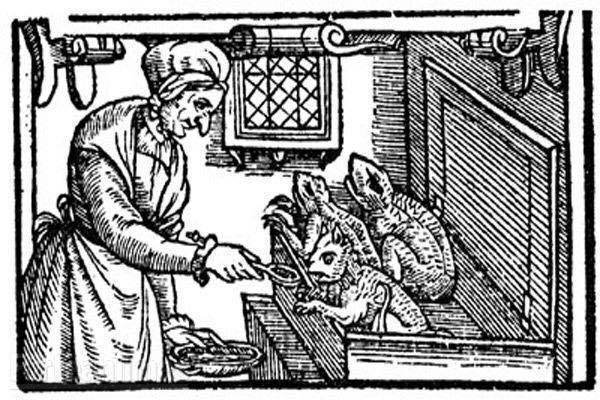 The experience of Anglicanism during the witch trial panic is not one that is told often but it is an engaging one. The story usually begins with King James VI of Scotland. King James was a devout Christian and in many ways the model Anglican.((Wedgeworth, Steven, “The Faith of King James,” The Calvinist International, April 26th 2012, https://calvinistinternational.com/2012/04/26/the-faith-of-king-james/)) Despite this he took an immense interest in witchcraft after visiting Denmark , where witch hunting was all the intellectual rage.((“North Berwick witch trials,” Education Scotland Foghlam Alba, last accessed October 30th 2016, http://www.educationscotland.gov.uk/scotlandshistory/unioncrownsparliaments/northberwickwwitchtrials/.)) In fact, James had gone so far as to publish his own scholarly study in his 1597 Daemonologie.((King James I, Daemonologie. Project Gutenberg, 2008.)) By the end of the panic, nearly 30,000 accused witches were executed in Great Britain, primarily in Scotland.((William Gibson, The Church of England 1688-1832: Unity & Accord (London: Routledge, 2001), 168.))

However from the start Anglicanism offered a positive outlier compared to the rest of Europe. Only 15% of accused witches in England were executed.((Richard Lachmann, Capitalists In Spite Of Themselves: Elite Conflict & Economic Transitions in Early Modern England (Oxford: Oxford University Press, 2002), 219.)) Also, accusations were comparatively less common.((Pavlac, “Ten Common Errors.”)) In Ireland during the Anglican ascendancy, trials were borderline unheard of.((Jonathan Durrant and Michael D. Bailey, Historical Dictionary of Witchcraft (Toronto: Scarecrow Press, 2012), 107.)) In England, witch hunting was driven primarily by dissenters from the Church of England, not the Church itself. Strict Puritans like Matthew Hopkins appointed themselves judge, jury and executioner. Counties that saw the worst of the witch trials usually were hotbeds of Puritanism.((Gilbert Geis and Ivan Brunn, A Trial of Witches: A seventeenth-century witchcraft prosecution (London: Routledge, 1997), 142.)) While Puritan New England notoriously played host to several trials, Anglican Virginia suffered rarely.((“Witchcraft in Colonial Virginia,” Encyclopedia Virginia, February 12th 2012, http://www.encyclopediavirginia.org/Witchcraft_in_Colonial_Virginia)) Virginia virtually had no laws to address witchcraft and those that did usually punished false accusers severely.

Unfortunately people did die and regrettably at times Anglicans lit the torch. Thankfully it was often Anglican clerics and scholars who lead the way to end the absurd practice. When Sir Reginald Scot wrote a famous treatise , he was defended mainly by English clergymen.((Philip C. Almond, England’s First Demonologist: Reginald Scot & ‘The Discoverie of Witchcraft.’ (London: IB Tauris, 2015), 3.)) By the late 1500s, the Bishop of London and his personal chaplain sought to discredit both Roman Catholic and Puritan witch hunters.((Richard Olson, “Spirits, Witches & Science: Why the Rise of Science Encouraged Belief in the Supernatural in 17th Century England,” Skeptic 1, no. 4, (1992): 34-43.)) It may be tempting to assume elite Anglican skeptics criticized the practice on humanist grounds, but they did so out of their fidelity to Scripture.((Rachael MacLean, “Vulgar Superstition: Why Elite Anglicans Stopped Believing in Witches,” The Journal of Research the University of Tennessee, 7, no. 1 (2016): 150.)) Sir Robert Filmer summed up the common objection as,

[Y]et he (Satan) hath no commission to destroy the lives or goods of men, it is little less than blasphemy to say any such thing of the admirable Providence of God, whereby he preserves all his creatures.

Even King James had become a skeptic, taking it upon himself to expose fraud. Under Jacobean direction, the amount of prosecutions and executions declined.((William Coventry, Demonic Possession on Trial: Case Studies in Early Modern England and Colonial America, 1593-1692 (New York: Writer’s Press Club, 2003), 47.)) By the end of the seventeenth century, English prosecutions became unheard of.

Lessons from a Christian Folk Tale

While the story of Christian witch trials ended by the 18th century, Eggers’ New England folk tale still has lessons for us today. The fictional travails of William’s family and the very real and lengthy struggle to end the witch hunts in Great Britain remain relevant.

To begin, the family in film are an extreme example of when one’s theology is out of balance. The Puritan family barely references mercy, despite naming one of their daughters Mercy. For being such über Protestants, their image of God is more like the Unforgiving Judge, except this time without so much as the Virgin Mary’s prayers. The God of the Book of Common Prayer, who is “more ready to hear than we to pray,” and to “give more than we either desire or deserve,” is nowhere in The Witch.

Secondly, the story reminds us of the importance of being rooted in tradition. While many of the dissenting English Protestants were decent enough exegetes, too often their theology divorced themselves from the greater, universal Church. Had William known his Church Fathers he may have known St. Augustine pointed out that it is the “error of the pagans,” to believe in, “some other divine power than the one God.”((Opoku Onyinah, “Principalities & Powers,” in Pentecostal Mission and Global Christianity, ed. Wonsuk Ma, Veli-Matti Karkkainen & J. Kwabena Asamoah-Gyadu (Eugene: Wipf & Stock, 2014), 143.)) Equally important, the film shows the tragic consequences of pretending we can thrust ourselves out in the spiritual wilderness, connected to no one else. Isolated from the rest of the Church due to division, William and his family were easy prey.

A poignant example of the necessity of these lessons is the situation in Africa. Regrettably the same panic that gripped early modern Europe is alive and well today. Thousands of women and children have been killed and thousands more live their lives in daily fear.((“Witch Hunt: Africa’s hidden war on women,” The Independent, March 11th 2009, http://www.independent.co.uk/news/world/africa/witch-hunt-africas-hidden-war-on-women-1642907.html)) Nearly 300 years after England ceased prosecuting “witches,” governments in Africa prosecute the accused.((“Protecting child ‘witches,’ Anglican Mainstream, Last accessed October 30th 2016, http://anglicanmainstream.org/protecting-child-witches-in-africa/)) The Anglican Communion does necessary work of condemning witch hunts and combating absurd superstition.((Greg Conger, “Bishop calls for public/private to combat witchcraft,” Anglican Ink, April 20th 2015, http://www.anglican.ink/article/bishop-calls-publicprivate-partnership-combat-witchcraft)) Unfortunately, it seems there are some Christians whose gullibility and poor theology exacerbates the tragedy. While the bishops labor to end the fear and panic, charismatics spend significant resources on undoing this by stirring up as much panic as possible.((J. Lee Grady, “In Uganda, Anglicans are Casting Out Demons,” Charisma News, February 18th 2016, http://www.charismanews.com/opinion/55237-in-uganda-anglicans-are-casting-out-demons)) The theology of these naive instigators is about as unattached to historical Christianity as their 17th century English predecessors.((Nathan Busenitz, “The Gift of Tongues: Comparing the Church Fathers with Contemporary Pentecostalism,” TMSJ 17, no. 1 (2006): 61-78.)) I don’t wish to be cruel, but the ravings of these folks quite literally endanger the vulnerable.

The Witch is more than just a scary story. On a cinematic level, it’s a genuinely compelling tale. It’s sublime in the most frightening aspect of the word. Watching, it’s impossible not to grasp the sense of isolation and terror of the bewitched family. It’s a truly unsettling “New England folk tale.” Yet if we can look past the cinematic scares, it has some real truths. It may be an unsettling story but it’s an unsettling world. Isolating ourselves from the rest of the Church can usually lead to extremes that only lead to tragedy as happens in Africa right now. William and his family were thankfully fictional, but their self induced problem is all too real. I wish you all a happy All Hallow’s Eve and All Saints Day.

Joseph Laughon is layman in the Anglican Church of North America and worships with his wife at All Saints Anglican in Long Beach, California. He is a history graduate from Concordia University, Irvine and is a member of the American region of the Society of King Charles the Martyr. He is also a contributor to The Hipster Conservative and his own blog at Musings On The Right.

'Review: The Witch (film)' has no comments