N.T. Wright, God and the Pandemic: A Christian Reflection on the Coronavirus and Its Aftermath. Grand Rapids: Zondervan Reflective, 2020. Vii + 76 pp. Paperback $11.99.

Few people are as well-positioned to write a Christian reflection that is both scholarly and pastoral than Tom Wright. He has been a leading New Testament scholar for decades and has served in several pastoral roles, including the Bishop of Durham. His wide-ranging experience and expertise make him a trustworthy voice to which Christians today may listen. For many years, Wright has sought to think beyond the academy by applying the findings of biblical scholarship to the very real needs of the church and world at large. I think Wright does this more than the average biblical scholar does since most of them have never had to lead a church or address parliament.

In this short book, Wright addresses the current global coronavirus pandemic. He discusses how Christians might think about it and respond to it, in light of the Bible’s grand narrative of redemption, which culminates in the person and work of Jesus Christ. The book is an elaboration of an earlier short article written for TIME, which received both appreciation and some criticism. In the article, Wright suggested that Christians ought to meet the challenges related to the pandemic with lament and prayer, and not with quick and ready answers as to why it might be happening. Some critics of the article argued that we can discern some reasons why this pandemic is happening (and perhaps even state with confidence what God is doing). Other critics focused on a few statements that seemed to call God’s omniscience, or sovereignty, or even the nature of Divine Being, into question. Wright’s book aims to explain his position further, and tackles some of these criticisms. However, Wright’s aim is actually rather modest: to provide a Christian “reflection” on the situation that is rooted in the story of Scripture and that deeply accounts for God’s work in and through Christ, as a way to encourage the church to be the Spirit-empowered church that God intends.

The book is not a full-scale treatment of the problem of evil or the nature of God. Nor is it intended to answer the many “why” questions that emerge at such times. It is not even intended to give a program of practical advice on how to respond. The book reads more like a casual conversation with Wright, in which he draws upon his years of learning to address some relevant concerns. Mainly, it aims to re-orient our thinking and focus our attention back on the Lord, His Kingdom, and the role we might play moving forward. This “what to do” includes, in line with many of the Psalms and prophets, a time of lament and focused prayer. Wright wants to turn us away from searching for answers to our “why” questions (“Why did God do this? Or allow this?” “Why is this happening?”). Too often Christians are anxious to discover and declare reasons why difficult things happen. Or worse, Christians misuse the Bible to offer interpretations of the times that enable them to call out groups they already disliked. Instead, Wright states, “we need a time of lament, of restraint, of precisely not jumping to ‘solutions.’ These may come, God willing, but unless we retreat from our instant reactions we may not be able to hear them. If we spend time in the prayer of lament, new light may come, rather than simply the repetition of things we might have wanted to say anyway”(xi).

It is no surprise that Wright goes to the Bible to begin his reorientation of our thinking, nor is it surprising that he wants us to understand the larger story of the Scriptures. After setting up the problems related to some responses to the coronavirus pandemic (Ch.1), Wright turns to the biblical narrative in order to reframe our approach to these issues. He looks at instances in the Old Testament (Ch.2) where hardship, such as the Babylonian exile, appear to be direct punishments from God given in consequence to Israel’s idolatry and covenant breaking. The people lament for their situation and are called by the prophets to repent of their sins. Sometimes a semi-direct causal chain is discernible. At other times, it is not so simple. Consider the story of Job. It complexifies many things, including the assumed reasons for suffering.

Next, Wright turns to the story of Jesus in the Gospels (Ch.3). Jesus encounters all sorts of suffering in his earthly ministry. Wright examines a few of these instances, including his encounter with the man born blind (John 9:1-3). Wright comments, “Jesus…doesn’t look back to a hypothetical cause which would enable to the onlookers to feel smug that they had understood some inner cosmic moral mechanism, some sin that God had to punish. He looks forward to see what God is going to do about it” (italics original, 17). This is a crucial point for Wright. The Christian’s focus should be less concerned with looking back to discover reasons why something might be happening (though in some cases we must consider it). Rather, our focus should be on what can be done about it now. What is God doing? What should we be doing? Wright elaborates this point in the following chapter on Reading the New Testament (Ch.4). In the book of Acts, when the church is anticipating a great famine, “They ask three simple questions: Who is going to be at special risk when this happens? What can we do to help? And who shall we send?”(32). These are the questions that we should be asking too. They are more helpful than looking for some explanation for why the bad thing is happening, and certainly more helpful than looking for someone to blame.

In all of this, for Wright, Jesus must be at the center, rather than some other orienting agenda. We must consider Christ’s own suffering and the power of His resurrection, which establishes the Kingdom of God in a fresh, new way, and launches a mission of new creation in the world. Wright also directs us to Christ’s teaching in the ‘Lord’s Prayer.’ There is so much in this simple prayer that should be normative and formative for the Christian. He writes, “In a sense, learning to follow Jesus is simply learning to pray the Lord’s Prayer” (19). The prayer teaches us to long for and work for the coming of God’s kingdom “on earth as in heaven,” and to seek forgivingness through regular repentance. It should not require a global crisis to cause us to seek such things. It is basic discipleship.

In both chapters three and four, Wright addresses the difficult question of divine sovereignty. He provides a short Christological and Pneumatological account of divine sovereignty that reads the way one might expect a Biblical scholar’s account to read. It is a kind of “bottom-up” approach to theology. It is not the kind of account a systematic theologian might provide (typically a more “top-down” approach). This means that, rather than making important distinctions between divine and human natures in Jesus, and rather than speaking of impassibility in God, Wright wants us to take seriously the suffering and tears of Jesus (at Lazarus’ tomb, for example) and the groans of the Spirit (Romans 8) as indicative of what God is like. In making these points, I think Wright intends to emphasize God’s love for the suffering, and God’s ability to comfort and be present with those who grieve. He also wants to highlight that sometimes circumstances can be so overwhelmingly difficult that even the Holy Spirit groans beyond words. The problem is that Wright’s language suggests that Jesus and the Spirit are subject to what happens in the world rather than in control of it. Or rather, that Divine Providence doesn’t prohibit God from being surprised or disappointed or grieved by what happens in the world. Wright suggests that the Spirit may not know what needs to be said in a given situation, such that He groans without words. Wright takes this line of reasoning because he is committed to the idea that God chooses to act in the world through humanity. This is what the Image of God-language is largely all about. That is to say, God has delegated many of his works to human beings. Because this is so, the world is out of joint. Humans chose to sin and abandoned their holy vocation. However, it is also the case that redeemed humanity can be God’s way of bringing restoration and healing to the world. Wright even suggests that Romans 8:28 should be understood as saying “God works all things towards ultimate good with and through those who love him”(49). Wright does not think that this way of thinking compromises the truth of divine sovereignty or providence. Rather, he thinks this constitutes a “redefinition of ‘control’, ‘kingdom’, of ‘sovereignty’”(45) through the revelation of Jesus and the Spirit.

Wright’s treatment of this particular subject is not very satisfying. It raises more questions than it answers, and one feels that much more needs explaining. Most significantly, one could come away more worried than comforted by Wright’s take. If God is surprised, and it is up to humans to make some things right (even redeemed humans), then we might be in bigger trouble than we thought! We hope God will work through us, indeed. But we also that God will work beyond, behind, and even despite us, to bring his healing, redemptive rule to bear on the world. Some may appreciate Wright’s account here, and how it pushes back against some strong Reformed/Calvinist’s views of sovereignty. But I think that the Reformed tradition, as well as the Thomistic tradition, at its best, can fully account for what the Bible says about Jesus and Spirit without diminishing any sense of God’s full control of the world.

Aside from that, Wright’s treatment of other topics is very satisfying and helpful. The final section of the book points us back to prayer, specifically lament (rooted in the Psalms) and the Lord’s Prayer. This is right and proper for those living, like ancient Israel, in a form of exile. Wright again encourages us to be aware of how we speak about God. He insists that this must always be Jesus- shaped language. That is, we must speak of God in terms of what God has revealed and accomplished through Jesus. He also encourages the church to practical and faithful diligence, recognizing the challenges before us, but not losing heart. We must be responsible, wise, and always bearing witness to the risen Christ, looking for opportunities to bring signs of new creation wherever we can. And finally, Wright reminds us, “Part of the answer to the question, “Where is God in the pandemic?’ must be, ‘Out there on the front line, suffering and dying to bring healing and hope’” (68).

Jonathan Huggins is the College Chaplain at Berry College in Rome, GA. He earned graduate degrees from Wheaton College Graduate School, Reformed Theological Seminary, and received his PhD in Theology from the University of Stellenbosch. He is an ordained Priest in the Anglican Church in North America and a member of the St. Peter Fellowship of the Center for Pastor Theologians. Book Review: “The Gathering Storm: Secularism, Culture, and the Church by Al Mohler” 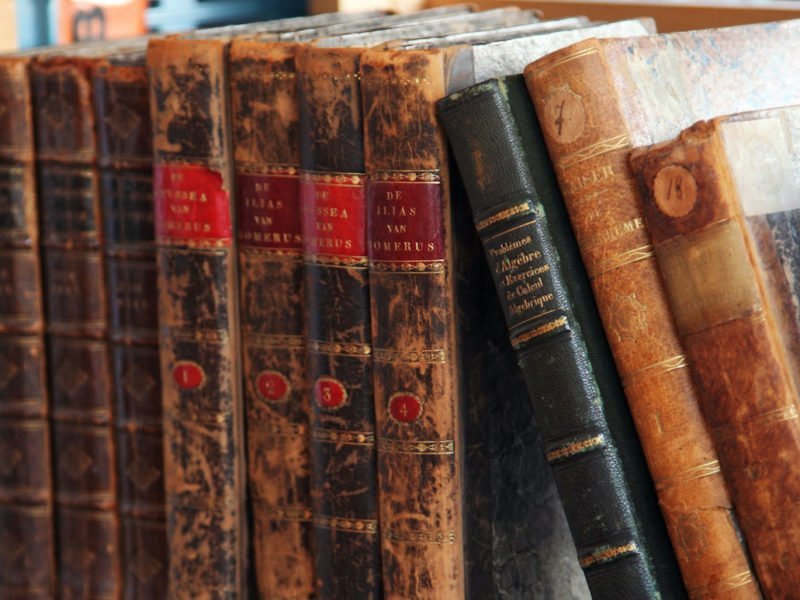 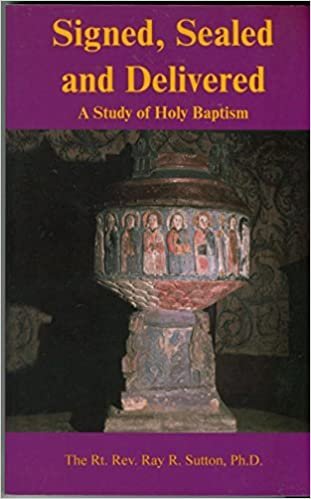 'Book Review: God and the Pandemic by N.T. Wright' has no comments Telling God’s Story: A Review of The Foolishness of God by J. Brandon Meeks An Homily of the Place and Time of Prayer Part II