The Future of Orthodox Anglicanism is a product of the first annual Anglican theology Conference held at Beeson Divinity School in 2018. The original participants who contributed to this collection, in the words of the Book of Common Prayer, include “all sorts and conditions of men.” That is, they encompass both members of continuing Anglican bodies and adherents of those mainline churches still affiliated with the Archbishop of Canterbury, plus a few non-Anglicans and a single Roman Catholic. Most reside in North America but a few live in the Southern Hemisphere where Anglicans are increasing in number. Various kinds of churchmanship are also featured, from very high to low. Editor Gerald R. McDermott (formerly the Anglican Chair of Divinity at Beeson) asked each contributor to answer two questions: “What is the deep character of Anglicanism that distinguishes it from other Christian traditions?” And: “Where should the Communion go in the future?” These are both important questions and such a volume is a valuable project, especially at this point in the history of global Anglicanism.

This brief review cannot cover all the essays. I would like to especially commend the thoughtful and constructive chapters by Steve Noll, John Yates III, Gerald Bray, and Andrew Pearson. Bray’s contribution is pointed but particularly astute and comes from the only English evangelical Anglican among the participants.

Instead of providing a more conventional summary, this essay—part review and part response—examines some flaws that run through several of the chapters by North American authors. These problems highlight underlying weaknesses with a North American Anglicanism that seeks to be creedally orthodox in the early twenty-first century. The difficulties arise from a lack of historical understanding, a romanticized portrait of the early and Medieval church, and an inattentive reading of the Anglican formularies–the Articles of Religion, the Book of Common Prayer 1662, the Ordinal, and the two Books of Homilies. In addition, the authors’ personal history with revivalist Protestantism colors their approach and leads them to adopt a problematic “three streams” theological model of “convergence.” I offer the following as a friendly and, I trust, constructive critique from one Christian committed to the Anglican way.[1]

Several of these particular essays contain significant historical material, but very few of them show any familiarity with the more recent historiography of the English Reformation, or the critical scholarship on the seventeenth century or on the origins of Anglo-Catholicism.[2] Accordingly, the authors’ accounts of the English Reformation here mostly repeat narratives that have been discarded by most historians in recent decades. Revealingly, two of the contributors cite John Moorman’s dated A History of the Church in England (first edition, 1953) as their main historical source. Moorman was an Anglo-Catholic bishop who served on the ill-fated Anglican-Roman Catholic International Commission (ARCIC) between 1967 and 1981. Further, in Chapter 9, McDermott follows the Anglo-Catholic habit of focusing mostly on Thomas Cranmer’s first draft of the Book of Common Prayer (1549), despite the fact that the second BCP (1552) reflects Cranmer’s mature theology and became the basis of the definitive 1662 BCP that remains today the formal doctrinal standard of the Church of England. Although McDermott notes the work of Nigel Atkinson, a Richard Hooker scholar, he ignores Atkinson’s main point that Hooker operated within the broad mainstream of Reformed theology.[3]

This conflicted attitude toward Anglicanism’s Reformation formularies has a long, checkered history. At different points, the formularies have been variously attacked or at least neglected. J. H. Newman’s infamous Tract 90 (1841) argued that the Thirty-Nine Articles did not actually contradict the decrees of Trent but sought only to correct certain distortions of the Medieval church. Newman maintained with remarkable chutzpah that the Articles should not be interpreted with reference to the intent of their original authors. Soon after, in 1865, authorities predictably softened the wording employed for clerical subscription to the Articles and it was reworded in 1975 to be even less strict.

And attempts were made to undermine the incurably Protestant BCP (1662). By the early twentieth century, advanced Anglo-Catholics were inserting into the liturgy English translations of prayers from the Roman Missal, essentially undoing the pruning that Cranmer had originally carried out. Others followed the path of Dom Gregory Dix (author of the influential The Shape of the Liturgy [1945]), who almost never used the Book of Common Prayer himself when conducting worship. And after 1928, when Parliament rejected a revision of the BCP, the proposed book was nevertheless used illegally.

After World War Two, the formularies were widely neglected. With broad clerical support, during the 1960s and 70s the Church of England authorized a series of alternative services not based on the standard BCP called Series One, Two, and Three. A modified form of these were collected in the Alternative Service Book (ASB) approved by General Synod in 1980, noted for, among other things, the incurable blandness of its prose.

To be clear, the contributors to The Future of Orthodox Anglicanism do not endorse the historical developments just sketched. But this volume could stand to provide more of this essential historical context.

Unloosed from the moorings provided by the formularies, Anglicans today—in England and abroad—are free to sail in whatever direction strikes their fancy. In this collection, the journey is often toward a romanticized Medievalism. For those who (in McDermott’s words), “hunger for connections to the early church and its attention to mystery, sacraments, and liturgy,” Anglicanism is the tradition of choice.[4] But the Medieval or early church is an idealized destination that is rarely defined with much precision. Some chapters feature argument by assertion that provide little evidence from the primary sources. Barbara Gauthier states, for example: “the Anglican Reformers of the sixteenth century differed significantly from their continental counterparts.” Supposedly, unlike Martin Luther and John Calvin, “they were determined to maintain the entire deposit of apostolic faith as received by the apostolic church.” Calvin, who entitled his liturgy La forme des prieres et chantz ecclesiastiques,… selon la coustume de l’Eglise ancienne, would certainly have been puzzled by this claim. Apparently, part of the alluring mystery here is rooted in paradox. As Gauthier puts it, the “paradox of Anglicanism” is that “it is neither Roman Catholic nor Reformed, while at the same time both reformed and catholic.”[5] Neither Cranmer, John Jewel, nor Hooker, however, would have found such a statement intelligible regarding the faith of the Church of England.

Perhaps the most problematic example of this fanciful approach is the reflection penned by Chandler Holder Jones. He argues that what makes Anglicanism distinctive is “the fullness of liturgy and sacrament of the first millennium.” He offers no argument for privileging this historical period, nor how this deference to certain early church traditions is distinctive to the Church of England or significant for global Anglicanism. After a breathless description that presents Anglo-Catholicism “as simply the English Church in her givenness – her inherited theological and liturgical patrimony,” Jones affirms that the correct view is one that regards “Anglo-Catholicism [not Anglicanism?] as the via media between Roman Catholicism and Eastern Orthodoxy, not between Rome and Geneva.” Despite passing references to the Caroline Divines and the Oxford Movement, it is unclear whether his idiosyncratic view is historically grounded in a lived reality.[6]

Often layered on top of this whimsical history is a sort of wishful theological thinking.  It sees the peculiar genius of contemporary Anglicanism as encompassing a confluence or synthesis of three streams in Christianity – the Catholic, the Protestant, and the Pentecostal. Occasionally, this is described as three streams, one focusing on the sacraments, another on the Bible, and the third on the Holy Spirit, all converging into a single river.  Exactly how the doctrinal differences separating these traditions might be resolved remains unclear.  Instead, the conflicting views are simply portrayed as different emphases.[7]

The distinctive concerns and style of many of these essays may result from few of their authors being cradle Anglicans.  Many of the American contributors are pilgrims on the “Canterbury Trail” who come from a wide assortment of American evangelical and fundamentalist bodies.  Given this, it is remarkable that neither of the two fathers of the movement, Tom Howard and Robert Webber, is ever mentioned.  The spirit of both men runs through several of these chapters.  Robert Webber’s 1985 book, Evangelicals on the Canterbury Trail: Why Evangelicals Are Attracted to the Liturgical Church first identified this trend and coined the phrase.  Among other works, Howard wrote the aptly titled Evangelical is Not Enough: Worship of God in Liturgy and Sacrament (1984) shortly before being received into the Roman Catholic Church.  What attracted these mostly academic converts to the Anglican tradition was not the evangelicalism of John Stott or J. I. Packer.  Stott’s cerebral expository preaching and Packer’s robust Reformed theology appear to have been less important than other attractions.  Certainly, neither Stott nor Packer ever maintained that “evangelical was not enough.”  The negative reference point here is usually an ahistorical, folksy revivalism, though churches that focus primarily on the ministry of the Word and favor sermons that “are long and complex” also receive a gentle rebuke.[8]

For these Canterbury pilgrims, a kind of romantic sacramentalism holds much appeal.  No doubt many were drawn to liturgical forms – particularly those found in the 1979 Episcopal BCP – and were moved by a very understandable desire to escape the irreverent informality of pop evangelical worship.  Sometimes, their reaction entails embracing what many Anglicans of previous generations would have bluntly labeled ritualism, however.  Dismissing traditional Reformed suspicions, Webber stressed how postmodernism helps clarify the importance of physical rituals in religion. They can speak directly to the inner person, bypassing rational propositions. McDermott appears similarly concerned about a dangerous preeminence of head over heart among some Protestants.  Thus, he notes how “the beauty and power that come from ancient liturgy and sacraments.… will [instead] save us from an intellectualized gospel that appeals only to the cerebral hearer.”[9]

While this collection is a worthy project, its uneven character highlights potential problems that North American Anglicanism faces. There is a global realignment in Anglicanism, and there are efforts to construct safe harbors for those who desire to remain biblically faithful. Evidently, the hazy, ill-defined portrait of Anglicanism presented in outdated in-house histories continues to exercise a certain appeal. It can serve as a wax nose to be shaped as desired. Yet the authors’ justifiable reaction against populist revivalism rarely leads them to engage seriously with the confessional Protestantism of the Magisterial Reformers. Reflections that are perhaps better grounded historically can promote a fruitful conversation about Anglican identity.

Gillis Harp received his PhD in American history from the University of Viginia in 1986 and serves as Professor and Chair of History at Grove City College. Harp is the author, most recently, of Protestants and American Conservatism: A Short History (Oxford University Press, 2019). He and his wife, Barbara, worship at Grace Anglican Church in Grove City, PA. They are the parents of three grown daughters. 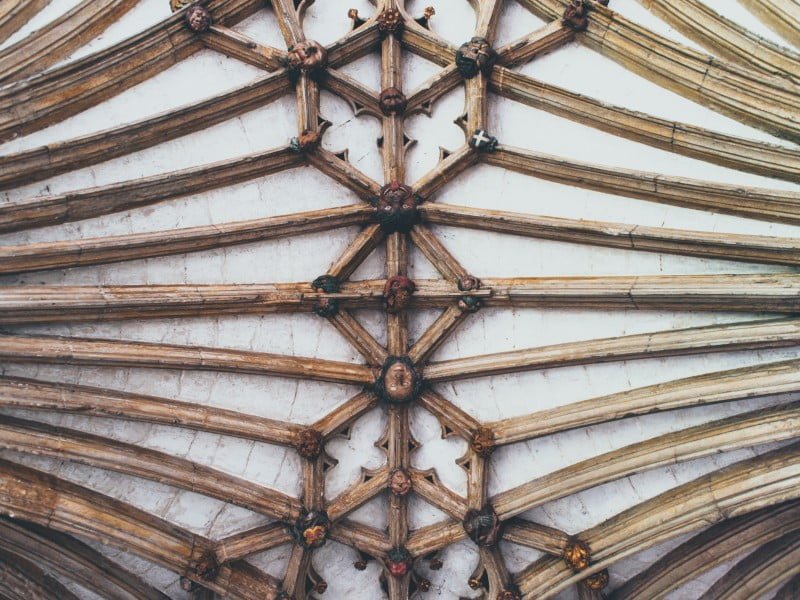 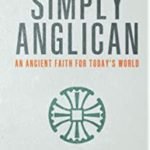